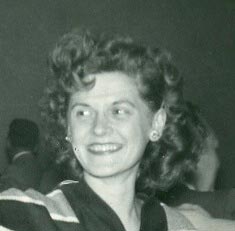 Dorothy Mae (Stankoski) Borselle of Yarmouth, Maine, and formerly of New Britain, Conn., died peacefully and surrounded by her family on January 28.

A beautiful spirit, Dorothy was born on April 17, 1928, in Pennsylvania to Helen and Albert Stankoski. Dorothy graduated from New Britain High School in 1945 in the same class as her future husband.

She married Frank Borselle in March 1950 and they raised their family in New Britain. An early job at the telephone company gave her many funny anecdotes to share with her family as did her job in city hall.

A loving wife, mother, and grandmother, Dorothy always took care of her family and held her Catholic faith in high regard.

In lieu of flowers, donations may be made to your local ASPCA in her name. A memorial service will be held in the spring.

Condolences may be expressed at funeralalternatives.net.