It was a slow start but a blockbuster finish Friday night as the renovated Dreamland Ballroom opened its doors for its inaugural show. The 5,300-square-foot space is above the Martha’s Vineyard Chowder Company in Oak Bluffs.

Last-minute setup work pushed the 8 o’clock scheduled opening time to 9, but that wasn’t an issue for most of those attending. One 20-something said, “Most of the people here wouldn’t be caught dead out before 10.” The crowd did not reach its shoulder to shoulder peak until well after 10 when another guest said “Everybody is here.”

Singer Alex Karalekas was visibly moved opening the show with a laid-back rendition of Bunny Wailer’s reggae song “Dreamland,” the refrain of which is “And we’ll live together on that dreamland, And have so much fun, Oh, what a time that will be…” He said, “I was honored to christen the microphone. It came to me about an hour before the show that “Dreamland” was the perfect song to open with.”

Mike Benjamin and The Grateful Dread, a fine-tuned rock and roll machine, played next, followed by sisters Nina Violet and Marciana Jones, who performed a short set of their distinctive music, accompanying themselves on guitar, viola, and ukulele. 2nd Power stepped up the pace with their high energy, non-stop rhythm and rap sound and the Dukes County Love Affair (DCLA) closed down the house at 12:45 am with a rock and roll tour de force, bringing Brad Tucker and Ben deForest on the stage for the finale. The DJs known as Island Thunder kept the music pulsating between acts.

Dreamland is still a work in progress, according to co-manager J.B. Blau, who had just received his entertainment license from the town on Tuesday, July 10, three days before the opening. “There is still tweaking to be done.” He said that the VIP lounge at the front of the hall is one of parts still unfinished.

Painted all white, the dance hall had the pristine look of the brand-new hall it is. A new staircase leads up to the second floor ballroom and a spotless, new dance floor that is by far the largest on the Island under an open ceiling framed by the original trusses. There are bars on both sides about mid-way down and an overpowering sound system controlled from a light and sound booth in the center of the room.

Oak Bluffs carpenter and builder Chris Priore, who finished constructing the modular stage just a couple of days before the opening, said, “You should have seen this place last week. I didn’t think they would come close to opening tonight.”

Mr. Karalekas added, “Just 12 hours before it opened the place was in shambles.”

On Saturday DJ Di, DJ Topsytail, and Isall Us, who played electronic music influenced by the electronic scene in Brazil, played for a smaller but no less energetic crowd, and Sunday there was an 18-plus show featuring Yo Mama’s Big Fat Booty Band and Biggie Shorty.

Coming up next at Dreamland:

The Dreamland Comedy Festival is this Thursday and Friday, July 19 and 20, from 7 to 9 pm.

The Entrain CD release party is Friday night, July 20, after the comedy show. 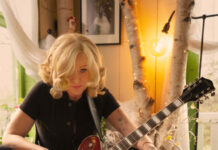 Music with a mission 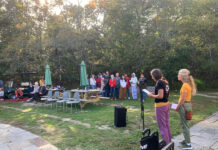 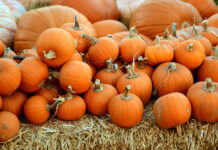 Fall on the farm