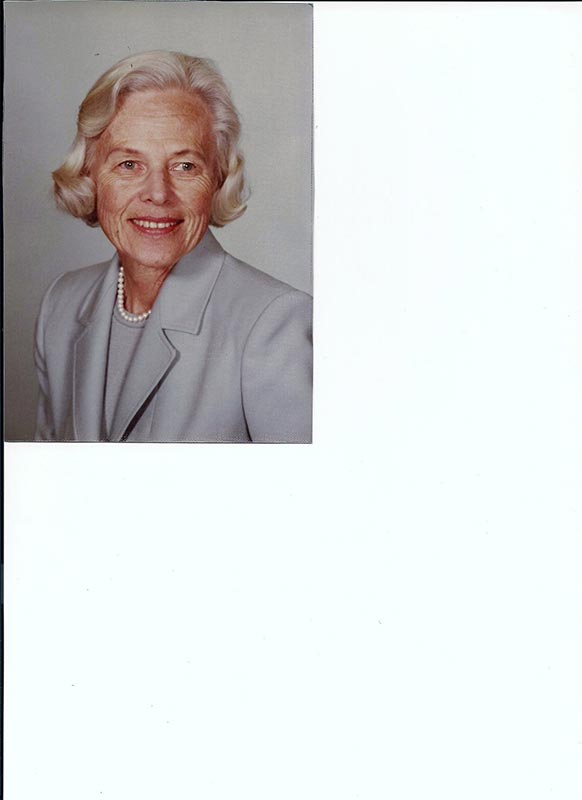 Frances Root Eareckson, formerly of Southampton, New York, died at her home in Coronado, California, on November 1. She was 93.

Born Frances Eve Root in White Plains, New York, on January 17, 1919, “Fran” was the second of four children born to Louis Denman Root and Eve Brostrom Root. Fran spent her early years in Bronxville, New York, until 1929 when her family moved full time to the ocean and their beloved “Cherry Hill” in Southampton, Long Island, New York. She was a 1938 graduate of The Spence School in New York City.

In 1940 she married Donald L. Mulford at St. Andrew’s Dune Church in Southampton. Fran and Don moved to his home town of Montclair, New Jersey, where they had three daughters, Marcia, Sally and Sandra (Sandy).

With the ending of that marriage, Fran moved to another beachside community, Sarasota, Florida, where she lived until 1966 when her second husband, Eric Eareckson, passed away. Again drawn to the ocean, Fran moved to the San Diego area upon the advice of her father. She lived in several locations in Coronado and La Jolla, being most at peace by the sea in Coronado. She served as a Pink Lady Volunteer at the Coronado Hospital and was a member of Christ Episcopal Church, serving for a number of years on the Flower Guild. To all who knew Fran, she will be remembered as an elegant but quiet woman who always created and appreciated beautiful surroundings.

Fran was a great lover of animals and had dogs all her life, beginning with her beloved black-and-white Scotties Nip & Tuck. She was comforted to the end by her little Susie who never left her side.

Fran will be buried in the Memorial Garden of Christ Episcopal Church in Coronado. A memorial service will be held at the church on Saturday, December 1, at 11 am.

The family requests that donations be made to a charity of one’s choice in Fran’s name.