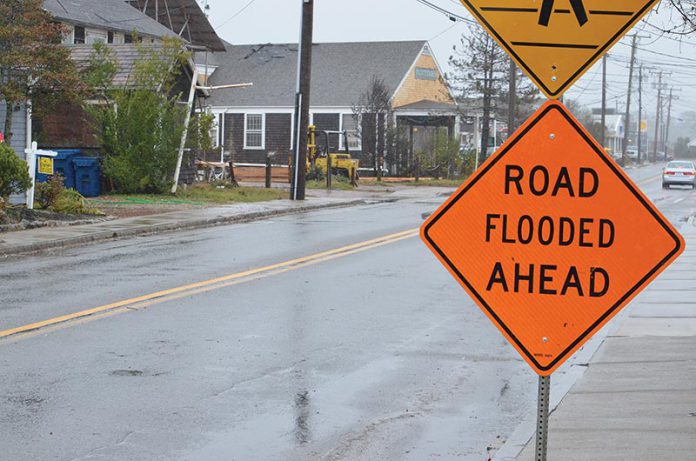 With the ravages of hurricane Sandy barely cleaned up, a northeast gale pounded the Island last Thursday, with an impact on ferry travel even greater than during the hurricane.

The Steamship Authority (SSA) cancelled the majority of its trips Thursday morning, as steady gale force winds made the trip to Woods Hole an adventure. The SSA suspended all service Thursday afternoon, and ferries were fast in their berths all of Friday, too.

All Cape Air flights from the Martha’s Vineyard Airport, and many other locations in the northeastern United States were cancelled. Even the hardy Patriot boat did not make its scheduled trips, leaving Islanders with no practical way to get on or off Martha’s Vineyard and no daily newspapers.

Distribution of the print edition of the Martha’s Vineyard Times was delayed one day, when the truck from the newspaper’s off-Island printing plant was stranded in Woods Hole.

Town officials closed several roadways, including the causeway near the temporary Lagoon Pond drawbridge in Vineyard Haven, and Beach Road from Oak Bluffs to Edgartown, as high tides crashed over the sea walls and flooding prevented safe travel.