After a one-night performance in Cambridge at Club Passim on December 7, “The Ape Woman” returns to the Vineyard for two shows, December 8 and 9, at The Pit Stop in Oak Bluffs.

The ape woman, Julia Pastrana, was an indigenous person from Mexico who lived from 1834 to 1860. She had a very rare condition now known as congenital terminal hypertrichosis. She had long dark hair growing over her whole body. She also had a condition called gingival hyperplasia, which caused her gums to grow over her teeth, adding to the appearance of someone who was more like an ape than a human.

While studying circus crafts at the San Francisco school the Circus Center, multi-talented Vineyard native May V. Oskan read a story about circus sideshows. The story contained the tale of a woman who was called “The Ape Woman.” It was a story she couldn’t forget, resulting in the rock opera. 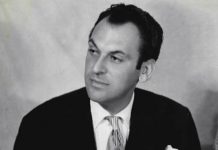 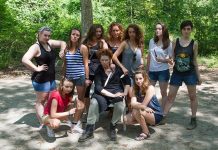