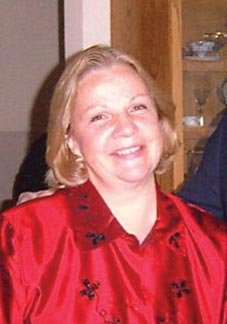 Pamela Devereaux Clift of Sandwich and Vineyard Haven died on December 18, 2012. She was 64.

Pam was a devoted wife, mother, and grandmother, as well as a friend, counselor, and mentor to hundreds of students during her career at Taunton High School. She received her degree in sociology from Bridgewater State University and an MSW from Rhode Island College. She was also a Licensed Independent Clinical Social Worker (LICSW). During her years as a counselor with the Taunton Public Schools, she devoted significant time to the Rose Hawthorne Home for Incurable Cancer, Our Lady’s Haven, Lakeville Hospital, and St. Ann’s Hospital. She also found the time to support the Pride Workshop Girls Club and start a breast cancer support group.

Pam loved to travel and went on numerous trips to Europe. She also took many road trips, to all 48 contiguous states. Pam fought a long and courageous battle against cancer.

She leaves her husband, Bob, of 40 years and her son, John D. Clift, as well as two grandsons, Jackson and Reilly. She also leaves her brother, William, and his wife, Heather, of Claremont, Florida and several nieces and nephews.

One of Pam’s great loves along with her family was the 35 summers she spent at their home on Martha’s Vineyard.

Donations in her memory may be made to the Pamela D. Clift Memorial Scholarship Fund, c/o TD Bank, 119 Route 6A, Sandwich, MA 02563.