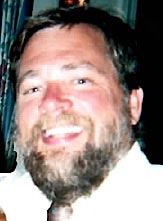 Michael Joseph Syslo, 60, of Chilmark died suddenly at Tobey Hospital in Wareham on Tuesday, January 29, 2013. He suffered a heart attack shortly after teaching a class to new state shellfish officers at the Massachusetts Maritime Academy.

He leaves behind his loving wife of 34 years, Janis (Crotty), a well-known beautician, musician, and teacher here on the Island, a daughter, Allyson, living and working in Chilmark, and a son, Benjamin, a pilot who is currently studying Aviation Science at Bridgewater State University.

He is also survived by his mother Florence (Glaudel) Syslo of Shrewsbury, brothers, Allen (and wife Michelle) of Warwick, R.I., Mark (and wife Terry) of Boxboro, sister Kristine McEachern (and husband Jim) of Spencer, along with nephews Michael Allen and Christopher, and niece India. Michael’s sister, Kathy, and father, Michael, predeceased him in 1990 and 1991, respectively.

Michael was born January 2, 1953 in Chicago, Illinois. In his childhood years, the family moved quite frequently because of his father’s career in the FBI. It would be when they moved to Shrewsbury in 1966 that he would meet his future bride, Janis.

Michael knew at a very young age that his passion would be ocean science. He graduated from Shrewsbury High School in 1970, followed by Southeastern Massachusetts University (now UMass Dartmouth) in 1975 with a degree in Marine Biology.

As he considered his future, he gave thought to joining the Peace Corps and his enthusiasm even led him to write to the Emperor of Japan for a job, knowing they had the largest aquarium in the world. Instead, in 1976 he acquired a job working for the Massachusetts Division of Marine Fisheries and Wildlife Headquarters in Westborough and then again in Buzzards Bay.

It was in 1978 that he was appointed the position of Lobster Culturist working under John Hughes at the State Lobster Hatchery Research Station in Oak Bluffs. He would later take on the position of director in 1984 when Mr. Hughes retired.

It was then clear that Mike had found his home and proceeded to pop the big question to his longtime sweetheart. Janis and Mike married at St. Augustine’s Church on May 12, 1979.

During his career at the Lobster Hatchery, his responsibilities changed with the times and his extensive knowledge became a vital resource for local agencies. In addition to over 3,000 Coast Guard recruits, he instructed local, state, and federal law enforcement officials on the life cycle, size requirements, permit restrictions and gear restrictions related to the American lobster. In his lectures, special emphasis was put on detecting the illegal action of brushing eggs off female lobsters, which are required to be released when caught. In recent years, he had the responsibility of testing the Island’s saltwater estuaries, ponds, and surrounding ocean water for temperature, salinity levels, and various forms of bacteria, helping to ensure shellfish would be safe to consume.

Upon moving to the Vineyard, he immediately became hooked on saltwater fishing. buying nothing but top-quality tackle and spending countless days and nights on the boat and beach with his closest friends, including the late Richie Madeiras. Participating in the Possible Dreams Auction, Michael took along Lady Bird Johnson and Olga Hirshhorn lobstering aboard his beloved Roccus (named after the former genus of the striped bass). He also took out Governor William Weld fly fishing for the day.

Michael’s quick wit and clever sense of humor would keep you on your toes and you would always learn something from your conversation with him. He was well known for his hard working mentality and wouldn’t stop short of overkill to ensure a project was successful. While he was a home-bodied family man, Menemsha was his second home where he spent much of his free time. Simply “checking on the boat” could turn into a bike ride around the harbor chatting with friends and fishermen, or just reading a book on his boat without leaving the slip.

Whereas Menemsha was his daily routine, Florida was Michael’s paradise. He greatly enjoyed the yearly trips to the Orlando-area theme parks with his family, planning everything down to the minute. Over the years he made multiple trips to the Florida Keys fly-fishing. scuba diving the reefs, enjoying the atmosphere, and never seeming to get enough. Michael and Janis also traveled to Hawaii and the Bahamas where he was again fascinated by the many forms of tropical fish and sea life. When he wasn’t somewhere warm, there was no doubt the tropical waters were always on his mind. Before his passing, his bags were packed for another trip to the Keys, planning to dive the Christ of the Abyss Statue off the coast of Key Largo.

Knowing how Mike felt about wakes and funerals, his family wishes to remember him with all that he loved in music, laughter, and memories with a celebration of his life at the Chilmark Community Center on April 14th from 2 to 5 pm. Guests are welcomed to bring appetizers or hors d’oeuvres.