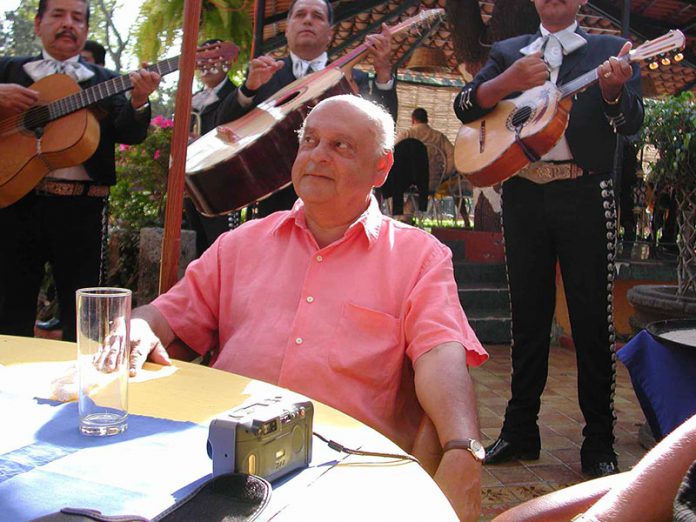 On January 16, 2013, beloved husband, father, and grandfather Denis Membreno died peacefully after a short illness at Martha’s Vineyard Hospital, surrounded by his wife and children.

Denis was born on December 18, 1931, in Masaya, Nicaragua. After graduating from the Baptist College in Managua, he studied Medicine at the Universidad Nacional Autónoma de México (UNAM) in Mexico City. He came to the United States in 1958. After surgical residencies in New York, New Jersey, and Michigan, he started his private surgical practice in Denville, New Jersey, where he practiced for 30 years. He was Board-certified by the American Board of Surgery and a fellow of the International College of Surgeons. He was a very skilled and devoted surgeon, much loved by his patients and respected by his fellow surgeons and nursing staff.

In August 1964, Denis married Else Mulder, a family physician. Denis and Else worked together in raising a wonderful family as well a successful practice. They had four children and nine grandchildren who will miss him dearly.

In December 1999, they retired from their practice in New Jersey and moved to their home on Martha’s Vineyard year-round. Denis missed his surgery, but loved the Vineyard and soon found other interests. He loved to paint, read, and play his harmonicas. Most recently, he had joined a ukulele group as their harmonicist.

He is survived by his wife, Else Membreno, his children: Elseke Membreno-Zenteno, Edgard Alfonso (Poncho) Membreno, Philip Francis (Chico) Membreno and Denise Membreno-Royer; their spouses: Rene Zenteno, Jessica Burton, Beatriz Gómez, and Paul Royer; and his much-beloved grandchildren, Mariana, Alfonso, and Paloma Zenteno, Elisa and Gabriela Membreno, Isabela and Marco Membreno-Gómez and Sofia and Maria Royer. He is also survived by his brother, Alfonso Membreno, and his sisters, Alba and Iliana in Nicaragua.