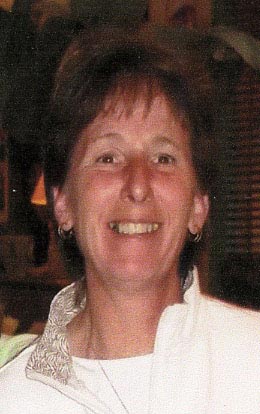 Pamela M. Purdy died on Saturday, April 20, 2013, after losing a brief and hard-fought battle with complications arising from influenza. Pam had just celebrated her 51st birthday.

Born in April, 1962, at Newton Wellesley Hospital in Newton, she and her family lived her primary years in Wellesley and Lexington. Coming to Cape Cod in 1969 she attended Bourne schools and graduated from Bourne High School in 1980.

Pam was a great athlete and played varsity field hockey, basketball, and softball in high school and continued to play woman’s league softball for many years. She also became an avid bowler and golfer.

She attended UMASS/Amherst and later settled in the Berkshire area for good. She was an independent builder and contractor and in the last year also worked for the Home Store (modular housing).

She loved people, art, animals, and the outdoors, and she found it hard to just sit still. There was always another project to be done.

She is survived by her mother, Susan J. Barton, and stepfather, Robert W. Barton, of North Falmouth, her father, Danwin M. Purdy, and stepmother, Sharon Smith Purdy, of Martha’s Vineyard and Key West, Fla., her sister, Kimberly B. Purdy, and her fiancé, Gordon Correia, and her niece, Ashley J. Purdy, all of Hyannis, her uncle, Brian D. Lyttle of San Antonio, Tex., and her life-partner, Kathryn Macchi of Hatfield and Great Barrington.

There will be a memorial gathering to celebrate her life, to be announced later.