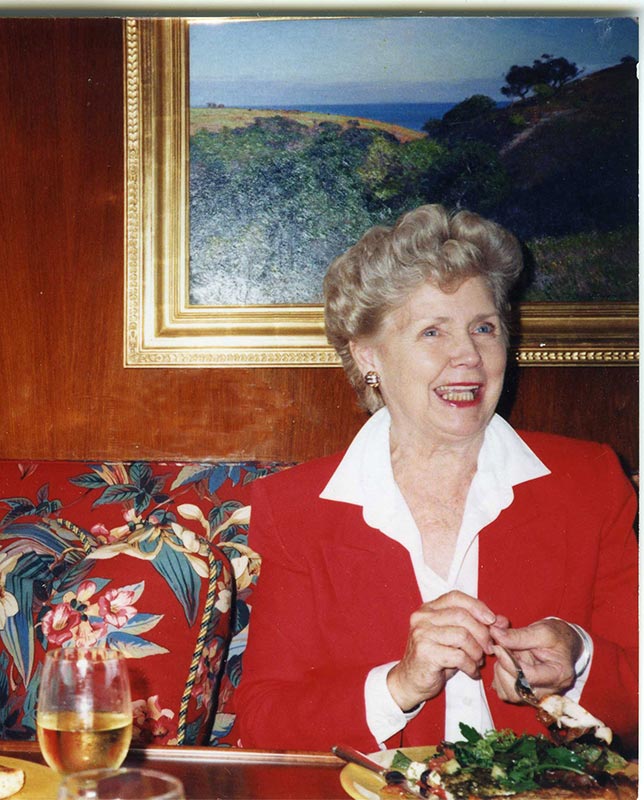 Born in Bethpage, Long Island, Shirley and her four sisters and a brother survived the depression and war years with many difficulties.

Having moved here to be with two of her sisters in the early fifties, she married Robert F. Tilton of Vineyard Haven. She was a devoted mother to her six children and many grandchildren till the end. She was always visiting, cooking, and worrying for them.

Shirley’s home was always filled with the smells of freshly baked cookies, cakes, or one of the wonderful meals that she would create. She was a popular Island cateress, having started “Mill Hill Caterers” and well-known for her wedding and birthday cakes.

Shirley catered many events, including weddings and cocktail parties. Her “Battleship Punch” livened up even the dullest of weddings.

She cooked for a President (U.S.) and the wives of former presidents, senators, congressmen, diplomats, authors, writers, actors, and friends, and family.

Shirley helped with the Culinary Arts Program at the Martha’s Vineyard Regional High School and taught there as well. She helped start the Culinary Program for Adult Education and taught cooking, baking, and cake decorating there also.

Shirley had the opportunity to cook with Julia Child, who helped her enroll at LaVern’e in France. She loved to travel and sample the foods and wines from many different countries.

Once she enjoyed tea with the Queen’s mother, and toured the royal kitchens and dining rooms while in London.

Shirley loved Menemsha and would make daily trips there for tea and gas or a sunset cook-out with family and friends or just to visit her boating friends.

Shirley was a wonderful lady who will be greatly missed by both family and friends.

A graveside service will be held on Friday, June 21, at 11 am in the Oak Grove Cemetery in Tisbury, followed by a gathering at the American Legion Hall.

Arrangements are under the care of the Chapman, Cole & Gleason Funeral Home, Oak Bluffs, www.ccgfuneralhome.com.