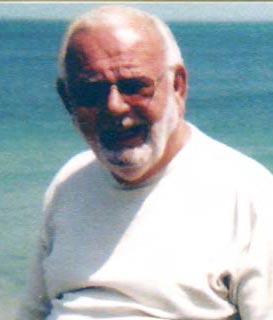 Peter F. Sullivan of Oak Bluffs, better know to most Vineyarders as Mr. Mom, died peacefully Monday afternoon, September 23 in the McCarthy Care Center in E. Sandwich. He had been battling cancer since the Spring. He was 71.

Peter was born in Boston, the son of James F. Sullivan and Ruth G. Dustin. He lived in that city for a period of time, and then moved with his family to Canton. Peter described himself as a “problem child” who was always getting into mischief. After numerous joyrides in cars other than his own, he was detained by the authorities and went before the judge at the age of 17. Peter’s father knew the judge. His Honor admonished Peter and gave him a choice, either join the Army or go to reform school. Peter answered that he was too young for the Army since the minimum age was 18. The judge replied, “I’ll take care of that!” Peter’s year of birth changed magically from 1942 to 1941. Peter found himself in Korea with the field artillery division. He was a member of American Legion Post 257 on the Vineyard.

After his honorable discharge from the Army he became an iron worker and member of Iron Worker Local 7. He “walked the steel” on many familiar buildings in Boston and the surrounding area. He eventually was promoted to supervisor and guided the installation of curtain walls and windows in some well-known structures — The Weston Hotel at Copley Place and Quincy Market, just to name two.

Peter arrived on Martha’s Vineyard in the Spring of 1985 for a vacation. He fell in love with the Island and decided to retire from steel work and start a new chapter in his life.

Soon after finding a home on the Vineyard he went into the house-cleaning business and called it “Mr. Mom” after the movie title. He added carpet and furniture cleaning soon after. After a few years he decided to concentrate on cleaning carpets and furniture. His familiar van could be seen all over the island.

Peter was an enthusiastic and active member of Alcoholics Anonymous, and celebrated his 30th sober anniversary just 12 days before his death, a milestone he was very proud of. His service to the Fellowship punctuated by his endless good humor were appreciated by all who knew him.

Peter is survived by his daughter, Deen Marie Sullivan of Milton, his sister, Ruthann Sullivan, his niece Susan Sullivan of Harwich, and his nephew Brian Sullivan of New Hampshire. His brother, Philip, predeceased him.

Those close to Peter are thankful for the selfless efforts of his hospice nurse Erin from Hope Hospice, the VNA and Elder Services, his friend and coworker Steve Lewis, Rita Brown, Jenny Seward, and others. His former spouse, Vicki Morgan, came from Pennsylvania to care for him for six weeks this summer. Without their assistance Peter would not have been able to stay in his home as long as he did.

A simple memorial gathering will take place at the State Beach in Oak Bluffs, by Little Bridge on Sunday, October 6, at 1 pm. All are welcome to attend. Bring a beach chair. In case of rain, the memorial will be rescheduled.