Robert “Ty” Hobbs exchanged one island for another when he joined the staff at Martha’s Vineyard Regional High School (MVRHS) on July 1 as the new career and vocational technical education department director. Mr. Hobbs, who owns a home in Petersburg, Alaska, on Mitkof Island, previously worked for a year as the Career and Technical Education (CTE) program manager for that state’s department of education.

“There’s a difference between vocational education and CTE,” Mr. Hobbs told The Times in a telephone interview last week. “CTE is really about modern, current, academically infused learning, and that’s what we want to do here.”

Before moving to Alaska, Mr. Hobbs worked at Greater Lowell Technical High School. He taught computer science engineering and electronics engineering for seven years, before moving into administration as the technology department chairman for eight years.

Mr. Hobbs said he has owned his home in Alaska for 11 years and had been wanting to move there, so the state education job in Juneau gave him that opportunity. Although he was told that Alaska had plans to make its CTE program similar to the one in Massachusetts, Mr. Hobbs said it didn’t come to fruition.

“Working for the state of Alaska was kind of like working for the Registry of Motor Vehicles,” he said “It wasn’t really why I’m in education. I can do all the paperwork and everything that needs to be done, but I just prefer to be working with teachers and students.”

Although Mr. Hobbs had planned to make a one-way move to Alaska, the opportunity at MVRHS brought him full circle, back to the Bay State.

When asked about his background, Mr. Hobbs said he started his career in education in 1998, when he was 36, after gaining extensive technician work experience in applied technology and applied engineering.

“When I was in the classroom, and then in administrative jobs that I’ve been in, I feel like I really understood vocational work and what it means, and how to make money,” he said.

After joining the U.S. Navy at age 17, Mr. Hobbs served in the engineering department on the U.S.S. Georgia, a nuclear ballistic missile submarine now deployed as a cruise missile submarine. After his Navy service, he ran the nuclear reactor at UMass Lowell for about six years, and then worked overseas dismantling chemical weapons for Raytheon Company.

Mr. Hobbs started teaching electronics and computer science classes in 1988. By that time, he was a licensed stationary engineer working in the power industry. His job involved installing ozone generators to purify water, all over the country, for a division of Boston Edison Company.

With all of that experience under his belt before entering education, Mr. Hobbs said, “I feel like I can really help kids learn about how to take what they should learn in school and apply it to the workplace.”

Asked if he has any plans yet for his department, Mr. Hobbs said that during his first year at the high school he wants to engage in dialogue with teachers and students about what learning really is, and to familiarize himself with the school’s culture.

He said that one area he does plan to address is the high school’s work study program.

“My intention is that we’re going to add a few things to make it more robust on the student’s end,” he said. “We’re not doing simple recall. What we want to do is talk about what the kids should be learning on the job. There are a lot of things, and it can vary. Not every kid is going to be the same; it’s going to be based on where they are.”

Mr. Hobbs said he would like to convey a message to the Island business community to help him boost the work study program.

“Any employer or potential employer, I would ask that they please call me, and let’s talk about placing a student,” he said.

Mr. Hobbs has created a Twitter account, vineyarderjobs, and is working on linking it to a blog site he is developing, as well as the school’s website. He said it will serve as “information central” for all interested students, parents, vocational teachers, and employers.

“Really, I want to learn about communicating with everybody as much as possible, to find out how can we help and do better,” Mr. Hobbs said. “I’m looking for any and all feedback from anybody.”

In the meantime, Mr. Hobbs, who had never been to Martha’s Vineyard before, is learning about the Island. Since he was already used to island life in Alaska and taking a ferry twice a week there, “I have not had any shocks here,” he said.

“I’m very happy, and I really like what I see here,” Mr. Hobbs added. 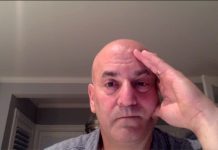 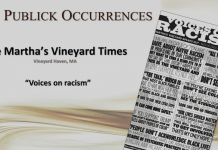 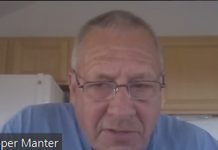