Although we’ve had an icy, chilly, wintry, blizzardy week, putting the kibosh on some family plans for the long weekend, we can still be thankful not to be on the mainland. Summer resident photographer Stephen DiRado remarked that Worcester was passing the 91-inch snow mark! And that was before the weekend’s snow drop. Even though I love snow and own a Subaru, I am still at the mercy of Mother Nature. I decided to take a walk this week with my dogs at a Land Bank property that had tire tracks entering the road to the parking lot just off State Road in West Tisbury, but once the tracks stopped and I continued, I realized I’d made a bad decision. It took nearly 10 minutes of maneuvering, drive/reverse/drive/reverse, to back the car to the tire tracks and then hike in from there. I was thankful not to have to call for help.

At 4:10 pm on Sunday I heard a muffled rumble, a distinct engine-huffing sound. My husband heard nothing. Ten minutes later, saved by Vincent Maciel’s giant digger pushing a cleared road through the accumulated 2-plus feet of snowdrift, I breathed a sigh of relief. My dogs could not have been happier to go for a frigid walk now that a path ran beyond the mere 30 feet I had shoveled for them in the yard.

I received a call from Dorothy Soquist, director of admissions and social services at Windemere, because she like so many others who are employed cannot find year-round affordable housing. If you can help her out, please get in touch with her at islandalto@gmail.com.

For those of you who frequent the Yoga Barn, they will be closing for spring cleaning and a fresh coat of paint on Friday, Feb. 20, after Bonnie’s 9 am class. They will reopen on Monday, March 2, 2015.

Warm up at the Chilmark library with hot popcorn and refreshments on Friday, Feb. 20, at 7 pm with Rodgers and Hammerstein’s 1958 film, South Pacific, starring Mitzi Gaynor and Rossano Brazzi. The final Wednesday Chowder and a Movie at noon is The Day the Earth Stood Still, a classic 1951 sci-fi film starring Michael Rennie, Patricia Neal, and Hugh Marlowe, on Feb. 25.

Bring a dish to share for the next Potluck Jam on Saturday, Feb. 21, from 6 pm, at the Chilmark Community Center. Go early if you want a seat. This is an all-ages event, with tables set by candlelight. Should be a great night of musical talent.

I hope all Island families will enjoy their winter break, and maybe even get a break from winter. 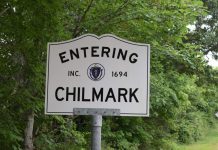