The upcoming Pride Not Prejudice event at the Yard in Chilmark is not just for the LGBTQ community, it’s intended as a party for all — gays, straights, families; locals and visitors alike. Last year the event attracted close to 400 people from every sector of the community. This year, with the addition of a number of family-friendly activities, information tables, and refreshments, the Yard staff hopes to exceed that number at its second event on Saturday, August 8.

The Pride event was originally conceived last year by the Yard’s production manager, Scott Nelson: “I personally identify as gay. I have met a lot of other gay folks in the community. There’s never been a moment here when everybody could get together and have a celebration. We modeled this event after festivals in other places, as a way that families and everybody could get together and celebrate.”

The party will kick off at 5 pm, and will include activities for kids: yard games, face painting, and a rustic photo booth. The popular a capella group Vineyard Sound will entertain, and Flatbread will be on hand preparing pizzas. Eclipse Massage will be offering table massages, and a handful of local organizations will be set up to talk to folks about some of the nonprofits on the Island, including Health Imperative, the Unitarian Universalist Society of Martha’s Vineyard, and the high school’s Gay/Straight Alliance.

The Yard’s dance studio will be converted into a retro lounge, complete with inflatable furniture. The Yard’s converted barn theater will be the setting for public dancing. Two imported DJs, LeFox from Northampton, and Mark Louque, who has provided tunes for parties in Provincetown and New Orleans for many years, will be keeping partygoers on the dance floor.

The master of ceremonies will, once again, be drag queen Schwa de Vivre. The popular NYC entertainer sings, lip-synchs, dances, does impersonations, and provides comedy. “She was the perfect hostess for the party last year,” says the Yard’s artistic director, David White.

All in all, the idea is to encourage people to have fun while embracing diversity. “It’s a great event for the Island,” says Mr. White. “Not just for gays and lesbians. It’s meant to celebrate equity among people.” It’s also just nice to get people together and have a good time: “We don’t have enough aspects of play in our lives,” he adds.

“We feel that the event should not only be a party, but it should be informative and help people spread the message,” says Mr. Nelson, referring to the nonprofits’ involvement in the event. Members of the high school’s Gay/Straight Alliance will be selling T shirts and fundraising for a trip to Youth Pride in Boston.

“Part of our mission is outreach to the community,” says Mr. White. “We noticed that this Island is very quiet in terms of the gay community. It’s just not a big part of our existence, as it is in New York City or elsewhere.”

Mr. Nelson is encouraged by the fact that other venues have recognized the gay community as well. He notes that the Wharf is now hosting Pride nights every Sunday after 10 pm.

“It’s very exciting. What we hoped would happen as a result of last year’s party, with exposure of this type, is that people would become more comfortable. Our hope for next year is that other nonprofits will host their own events as part of a full Pride week. We would love to turn this into a weeklong festival. We have received overwhelming support from people who are really happy that we’re doing this,” says Mr. Nelson. The event has attracted a number of sponsors among local businesses, including Mikel Hunter, Crossfit Martha’s Vineyard, MV Florist, Larsen’s Fish Market, the Scottish Bakehouse, and more.

One of the sponsors who has made a donation to the event for the past two years is photographer Eli Dagostino. “The Vineyard is such an accepting, supportive, loving place that it makes no sense that there has never been anything like this before,” he says. “The Yard is the perfect place for this event. It’s creative, eclectic, and community-driven. I support it because there’s not much for a young gay person to do on this Island.”

He fondly remembers the first event: “Last year I remember having this preconceived notion that there would be a dance floor packed with young gay people. I got there, and it was all ages and all types. It was just so much fun. You could be whoever you wanted to be. You didn’t have to be gay. You just had to be proud to be you. People don’t always have the luxury to feel comfortable in their own skin,” said Mr. Dagostino.

Pride Not Prejudice 2, a Vineyard Pride 2015 event, Saturday August 8, 5 to 10 pm, the Yard, Chilmark. BYOB, and pack a picnic. Flatbread will sell wood-fired made-to-order pizza. Admission is a $15 suggested donation, or pay what you can. This is an all-ages event. Stagecoach Taxi will provide a 20 percent discount for transportation to or from the party. Dress: “Fire Island Festive, Vineyard Fabulous.” For additional information, visit dancetheyard.org/pride. 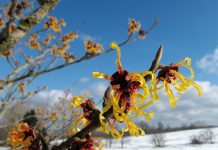