“America has developed a pie tradition unequivocally and unapologetically at the sweet end of the scale, and at no time is this better demonstrated than at Thanksgiving.” — Janet Clarkson, “Pie: A Global History”

Pie as we know it has been around since ancient Rome and Greece. The crust was called “reeds,” and was not intended to be eaten — it only served as a functional vessel to the fillings. When the English learned about pies, they made them into “crusts” that were edible. Actually, the word “crust” wasn’t used until the American Revolution. Pie is now known as the most traditional American dessert, thus the saying “as American as apple pie.”

’Tis the season for all things pie — lattice, double-crusted, crumble; the possibilities are endless, and that’s not even talking about the fillings. Between checking on the turkey, juggling all the side dishes, stocking the bar, and making sure to have something for the vegan cousins, the gluten-free aunt, and the dairy-free sister, pie might be the last thing on your mind. That’s why I’ve made it simple, and am sharing where to get the best pies on-Island this year.

Black Dog Bakery in Vineyard Haven will be making apple crumble, double-apple, strawberry rhubarb, cherry, blueberry lattice, pumpkin, and pecan. Pies start at $17.50, and you can reserve yours by calling 508-696-8190.

Behind the Bookstore in Edgartown is also baking up pies this year. They’re priced at $28 each, or two pies for $50. You can choose from a variety of pies, including bourbon pecan, pumpkin, cranberry oat, and apple with lattice crust. To order, email pies@btbmv.com or call 774-549-9123. A portion of the proceeds will be donated to the Island Food Pantry.

Scottish Bakehouse in Vineyard Haven is ready for all your pie cravings. They’ll be offering the traditional fruit pies on a shortbread crust for $19 (apple, apple-cranberry, blackberry, blueberry, cherry, peach, raspberry). Craving something more? Their holiday pie menu lists Bing cherry lattice ($22), lemon meringue ($22), pumpkin ($19), and pecan ($19). They are also offering gluten-free pies: fruit ($19), fruit crisp ($19), pumpkin pie on a pecan crust ($23), and Island organic pear crisp ($20). They are also baking up a paleo pumpkin pie on a date-pecan crust ($11 small or $25 large). Call 508-693-6633 to order. 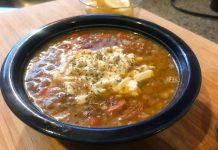 Board process is flawed

‘Dr. Zhivago’ for our time