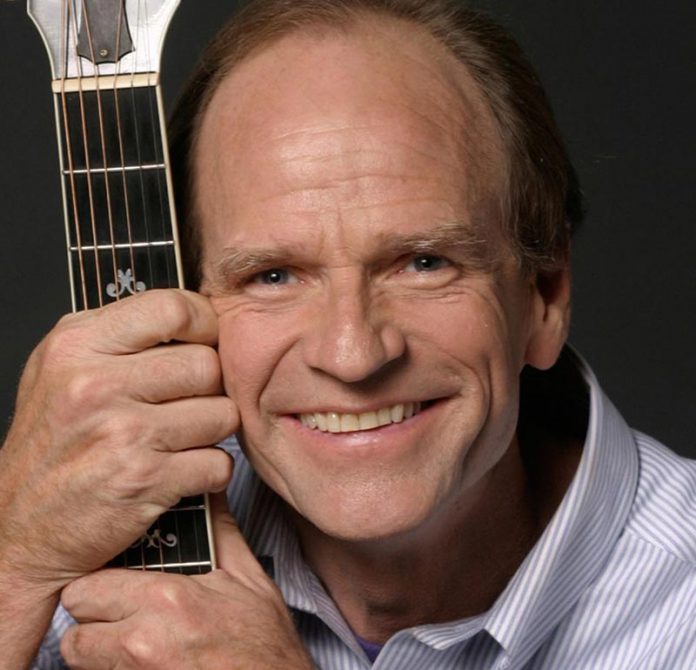 When audience members file into the Old Whaling Church in Edgartown on Saturday, July 2, to see singer-songwriter Livingston Taylor, they can expect to be met with a performer who “is honored to be in their presence.” Mr. Taylor will return to the venue for the fourth consecutive year to entertain alongside opening act Chelsea Berry and special guest Isaac Taylor. For Mr. Taylor, the craft of entertainment extends beyond his skill with an instrument and lyrical prowess. He is a performer of the highest caliber, and when he takes the stage, he enters into a covenant with his audience.

Livingston Taylor has long turned the performer-audience dynamic on its head. In his 20 years as a professor of stage performance at Boston’s Berklee College of Music, one of Mr. Taylor’s major assertions in the classroom has been, “The audience is not your problem. They are your salvation.” This speaks volumes about Mr. Taylor’s approach to live performance. He experienced this salvation firsthand one summer at the Old Whaling Church, when a sold-out crowd spilled out onto the courthouse lawn. Mr. Taylor recalls the moment with fondness. “I was able to wander over and look out and see them,” he said. “Just to hear that applause from them as they drank in that Martha’s Vineyard summertime air — it was really good.”

For Mr. Taylor, playing at the Old Whaling Church represents more than just another stop on tour. It’s a homecoming. Taylor says looking forward to this annual performance “keeps me warm when I’m in a cold, distant place on the road.” He knows a thing or two about the road. A 40-year veteran of the music industry, Mr. Taylor already has performances booked through the end of the year from New Bedford to Washington, D.C.

Mr. Taylor is mindful to lend a hand to new talent. Longtime collaborator Chelsea Berry, a former student of Mr. Taylor’s at Berklee, will open the Whaling Church show and join him as a guest during his set. Ms. Berry is a Boston-based musician known for her powerful voice and commanding stage presence. In addition to touring with Mr. Taylor, she is also featured on his upcoming album, “Songs My Parents Sang Too Loud,” set for release in January 2017. The album includes covers of songs from memorable musicals such as “Oklahoma!” “My Fair Lady,” and “Carousel,” along with a few new songs penned by Mr. Taylor and featuring Ms. Berry. “Chelsea knocks them out of the park,” Mr. Taylor says.

As summer kicks into high gear, Mr. Taylor’s performance is a must-attend event. His keen melodies, whimsical demeanor, and sheer skill promise an evening worthy of the Whaling Church. Acquired by the Martha’s Vineyard Preservation Trust in 1980, the 500-seat hall serves not only as a place of worship, but also a venue for meetings, lectures, and concerts. In July, the hall will host the Martha’s Vineyard Concert series with such figures as David Sedaris, Alan Cumming, and Erin Brockovich. The church also marks the starting point of the Edgartown walking tour every Tuesday and Saturday at 10 am. Mr. Taylor is enthused to continue his more than 30-year relationship with the Old Whaling Church. “To be back in Edgartown, in that ancient, shimmering place — It’s just the best,” he said.

Livingston Taylor at the Old Whaling Church, Edgartown. Saturday, July 2, 7:30 pm. Doors open at 7. General admission tickets are $35 online or $45 at the door. Online VIP tickets are $55 dollars, or $65 at the door on the day of the show. VIP ticketholders will be seated in the first seven rows of the theater. For more information, visit livtaylor.com.