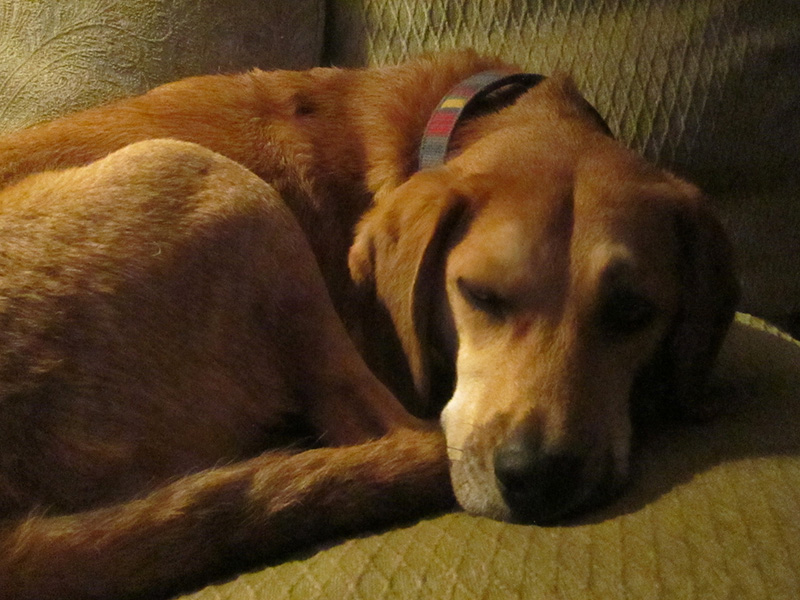 I have a 1-year-old mix named Milo, and I have a two-part question: 1) Is it possible to give too many treats? and 2) How do I know if I’m feeding my dog enough? He eats twice a day. Thank you!

Due to the genetic differences of all living things, there’s really no hard and fast rule when it comes to feeding. The dog food bag or container will suggest how much to feed your dog based on age and size. I usually recommend a little less than suggested, because the food manufacturers and sellers would probably like everyone to have overweight dogs. I think feeding twice a day is just right, morning and evening, accommodating your schedule. Feeding only once a day often causes a dog to eat too fast, because he’s really hungry after not eating for 23¾ hours, and large dogs are more likely to bloat (gastric torsion; stomach rotates), which is lethal if not treated quickly.

But the bottom line, Pam, is your eye. If he looks like he’s gaining weight, he probably is. Visually, or running your hands along his sides from shoulder to rear hips, you want to see or feel a slight indentation between the rib cage and tail. Looking straight down on him while he’s standing should reveal a mild inward curve before his rear hips. Barring a health issue, his weight is totally on you, Pam, based on how much you feed and exercise him. Period. As regards treats, I like to quote Tony Soprano, “Nothin’ fa nothin’!” Treats are earned, based on training and his cooperation. If you spend much of the day training Milo to compete in high-level obedience trials, he’ll be earning lots and lots of treats; then probably feed him a little less at mealtimes. It’s all up to you, and your discerning eye.

Have a question for the Dogcharmer? Write him at dogsrshelby@msn.com. Find him on Instagram at Dog Trainer Diaries.