Thank you, Alan Dershowitz, or maybe not; Chilmark and the Island made local, regional, national, and international news. Clearly summer folks’ social life is a might different than year-round locals. However, waking up on July 4, six hours ahead of U.S. time, and seeing the New York Times online stories, both from July 3, the second story down from the wood on the opening page, one on Dershowitz and social life in Chilmark and the other more specifically talking about his Hill piece, makes me hope more people will not be heading our way for sunset, well maybe just to Chilmark Chocolates, which got a nice plug, and checking out the Chilmark General Store porch. Oh, and please stop at our farm stands, fish stores, eateries, and more, come for breakfast and the bike ferry, come for books and fishing charters, just come during the day and enjoy.

Last week I mentioned small plants available from Alicia Woodburn in Menemsha; please note her correct number to text or call is 540-809-3758.

Hey Chilmarkers, you can now get your Bunch of Grapes books delivered by 5 pm to Virginia Jones’s Fo’c’sle Locker on Basin Road on Tuesdays and Fridays by calling Bunch of Grapes at 508-693-2291 for books in stock and special orders.

Sorry to have missed sharing Heather Goff’s opening of “My Gaze Rested Here: A Selection of Digital Drawings from the Daily Sketch Series”; the show is up at the M.V. Playhouse in Vineyard Haven through July 26. Congratulations, Heather, and I hope you had a great opening! Gallery hours are during performances, by chance, or by appointment, info@mvplayhouse.org.

If you’re interested in seeing the Chilmark Fire Station and Ambulance Facility site plan presented June 28, see bit.ly/ChilmarkFirePlan or head to Town Hall for a look.

If you have a refrigerator and want to recycle it and receive $100, see bit.ly/FridgeRebate. Call by July 31 to schedule a pickup. This offer also extends to small businesses with refrigerators between 10 and 30 cubic feet. You can also get $30 for recycling “an old working dehumidifier” on Saturday, August 4, from 11am to 3pm at Crane Appliance, 529 State Rd., Vineyard Haven. Cape Light Compact will also recycle room air conditioners at no cost, but note no rebates are available for recycling air conditioners.

In the first official Sunday morning softball game this summer, Joel (the Elder) Bleiman’s team won handily, 13-7, over Sig Van Raan’s team. Sig had to depart from pitching as his back flared up, and he was ably relieved by Lefty Horowitz. The second game was a free-swinging affair as Horowitz out-dueled Arlen Roth 21-13. The highlight of the game was the first official at-bat by Hunter Weiss, 8; he worked a full count before hitting a sharp grounder to the second basemen. Tanner Weiss, Hunter’s brother, suggested we give a weekly game ball to a play of note for that day. The consensus was that Hunter Weiss gets this season’s first game ball.

Sig Van Raan added, “As has been the topic all over Chilmark this past week, sideline discussions included differing views on l’affaire Dershowitz. The noted attorney had a brief career as a pitcher in the Sunday morning softball game way back in the ’90s. He would proudly wear an old Brooklyn Dodgers jersey. I was his catcher for those three games, and his main problem as a pitcher was that he kept pitching over the plate, right down the middle, which resulted in deep drives over the outfielders. I mentioned to him that he should pitch to the left or to the right of the plate, and he replied that he couldn’t help himself, that he could only throw straight down the middle. I have since discovered that he indeed is a major advocate of pragmatic centrism. We would gladly invite him to arbitrate some of our more controversial rulings on the field.”

Register any morning to August 17 in the CCC office for the 2018 season. You can now sign up for the August 11 Chilmark Road Race online at bit.ly/ChlmarkRaceSignup. The Martha’s Vineyard Author Series kicks off Sunday, July 15, at 7:30 pm when MSNBC host Lawrence O’Donnell discusses his new book, “Playing With Fire,” which explores the 1968 U.S. presidential election, where nothing went according to script. “Playing With Fire” represents O’Donnell’s master class in American electioneering, embedded in the epic human drama of a system, and a country, coming apart at the seams in real time. Tickets are $25 per person or $68 for two tickets and an autographed copy of the book. Go to mvbookfestival.com for details and tickets.

The Martha’s Vineyard Film Festival has begun. They are asking for reservations for Cinema Circus (in Chilmark on July 11, 18, and 25). They’re offering Monday dinners with directors and producers at the Beach Plum Inn followed by films on the beach, and there are just way too many films to mention here, so check the website at tmvff.org/schedule2018 for tickets and more info.

The Chilmark Library Wednesdays at 5 pm continues on July 11 with Dr. Raymond Rocco Monto speaking about his book “The Fountain: A Doctor’s Prescription to Make 60 the New 30.” On July 18, Soto Buddhist monk Martin Mosko and writer and filmmaker Alxe Noden will present a lecture titled “Design for Awakening,” looking at look at how design enables us to develop and live with a vision for ourselves and our environments, the process of getting from idea to execution, and the characteristics of the end result. Kids and teens can enjoy Pizza and a Movie on Thursday, July 19, at 12:30 pm, and a Maker Space on Saturday, July 21 at 2 pm. The Chilmark library now has weekly knitting group on Tuesdays from 3 to 4:30 pm, bring your own supplies and projects. Artist Caitlin Bingham’s painting exhibit runs through July 13. Enjoy a musical story hour with Rizwan on Tuesdays and Saturdays at 10:30 am. Every Wednesday in July and August, there is a Lego Free Build from noon to 4 pm. For info or questions, call 508-645-3360 or email chil_mail@clamsnet.org. Be sure to sign up for the new newsletter to keep up with the goings-on, or check the Facebook page. Also, summer hours include Mondays from 10:30 am to 1:30 pm.

On Saturday, July 14, 7 pm at MVPAC, TapTheYard presents “Odeon” by sister and brother team Ephrat Asherie and Ehud Asherie (choreographer and musical director, respectively). Set to the music of Brazilian composer Ernesto Nazareth, this work takes a hybrid approach to movement, delving into what happens when you bring together the extended family of street and club dances. On Tuesday, July 17, NYC-based rock and roll Arzo Cady returns for “Public Dancing Allowed” at 7 pm, featuring Aquinnah’s Flip Cipio and Philip Hoffman, Trinia Hamlin, and Mark Dzubia. Lida Winfield presents “In Search of Air: Growing Up Dyslexic” on Thursday, July 19, and Saturday, July 21, at 7 pm. Check out dance classes and yoga at the Yard. To see what else is going on, get tickets, or learn about kids’ dance camp, go to dancetheyard.org or call 508-645-9662. 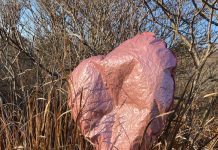 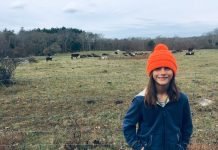 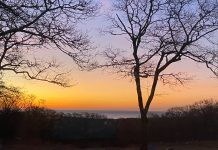