There are new ministers in place in our Island houses of worship these days. I was able to talk to a couple of them about their new spiritual homes, and what they hope to do there.

First of all, I wanted to report on what a nice installation ceremony there was last Saturday for the Rev. Stephen Harding, rector of Grace Episcopal Church. It was filled with symbolism and was well-thought-out by the church’s newest leader. The focus was all about “we,” with very few “I’s” mentioned that morning. The Episcopal bishop of Massachusetts, the Right Rev. Alan Gates, was there for the service, as well as many Island clergy. It was great to see them all.

The Rev. Charlotte Wright, the United Church of Christ minister who formerly served as interim pastor at the Chilmark Community Church for a couple of years, is now in place as interim minister at the Federated Church in Edgartown. She moved to the Island full-time in 2016 with her husband Don and their son Alex. They’re now living in the Mayhew Parsonage on South Water Street.

For more than 20 years she’s served in churches, mostly in New England. Her specialty is helping churches through times of transition as “an intentional interim minister.” That really is a unique skillset.

“There’s special training, and it’s a special type of ministry and personality that can come into a church and spend anywhere from six months to two years. It all depends on the search committee,” Pastor Wright explained. “This came open when my appointment in Chilmark was ending. I’m familiar with the Island, and some of the folks in the church. It’s easier to have someone on-Island; that cuts down on the learning curve.”

It sounds like a very good match, and best of luck to the folks at the Federated Church as they look for their new pastor. I think they’re in very good hands until they find him or her.

Back at the Chilmark Community Church, a new minister, the Rev. Ernest Belisle, has been appointed to serve the beautiful white church at the Menemsha crossroads. Originally from Belize, a country on the eastern coast of Central America, Belisle is used to Island life, just not on a New England island. He served in the Caribbean and in Panama; of the five churches he served in Panama, two of them were island churches.

“I was on an island going back and forth on a boat every day,” he said. “I have lived on an island in Panama and Jamaica.”

Belisle was fine with driving a 17-ft. U-Haul on the ferry to get to Chilmark a week ago last Wednesday, but his wife wasn’t so sure. “It was a tight squeeze,” he laughed. “She wasn’t so pleased.”

He told me he was a schoolteacher — grades 7 and 8 — before he decided to become a minister. He was ordained from Drew Theological Seminary in Madison, N.J., in 1978 at 31 years old. He is supposed to be retired, he said, but that hasn’t happened. “I don’t see myself as sitting down in this point in time, and going off into the wilderness of retirement,” he told me.

Pastor Belisle made his way to New England via Pittsburgh. He had a daughter studying at the university there, and two more children, ages 12 and 16, at home. His wife had passed away, and the bishop suggested he move to the States to join his daughter. He took him up on the offer, and found himself in ministry in the U.S.

He arrived in Chilmark with his second wife, a daughter who’s now working in child development on the Island, and his 7-year-old son. And, he added, “two dogs and a dune buggy.”

“I look forward to enjoying life on Martha’s Vineyard,” Belisle told me. “It seems to be a great community life and great cultural life, and I love that.” Sounds like he is in the right place.

I’m hoping to catch up with the Rev. Hyuk Seonwoo, new minister at Trinity United Methodist Church at the Campground in Oak Bluffs, soon. He’s only been at it since July 5, so I’ll let him get settled in first! He comes from Zion Korean United Methodist Church in Warwick, R.I. And the church’s website says he’s also a tai chi facilitator. I’m interested in finding out more.

As part of the Federated Church’s Community Partners program, everyone is invited to
join them on Sunday, July 28, following the 9:30 am church service, to listen to the director of Martha’s Vineyard Community Services, Julie Fay, who will share information on the many different programs they offer.

According to Herb Ward at the Federated Church, Martha’s Vineyard Community Services was founded in 1961, created because of the realization that mental health providers, including psychiatrists, were nearly nonexistent on the Island. Dr. Milton Mazur was recruited to come here and be the first psychiatrist with a practice on Martha’s Vineyard.

Since then, Herb says, many different programs have evolved, many of them from their behavioral health roots. These days they have programs from early child care to recovery coaching, to mental healthcare, to youth engagement and beyond.

Julie Fay, who came to the Island to retire, admits her retirement skills were insufficient, She’s happy to join the church for the special event. For more information, call the church at 508-627-4421. 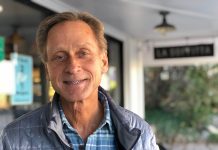