Locally owned design and engineering firms are offering sustainable alternatives for home energy, and are working to educate the Island community about the financial and environmental benefits of reducing their carbon footprint.

“This whole idea began to take the shape of, ‘Let’s use electricity efficiently, and make it work for us,’” Sprague told The Times.

At that point, geothermal energy “was very hot,” Sprague said, and more affordable cold-climate heat pumps were coming onto the market, as the price of oil began to skyrocket.

“We found that was a great environmental way to carve ourselves out some market share, be green, and be high-tech,” he added.

The company dove headfirst into learning everything they could about green home energy, and for years they educated their customers and tried to get them comfortable with the idea of switching over from fossil fuels.

Then, just before the pandemic hit, the company found an opportunity to buy the old Vineyard Auto Building in Woodland Center, so they moved from their location at the Airport Business Park.

The business partners wanted to create a net-zero space where they could not only test their own technologies and familiarize themselves with them, but show customers that alternative home energy is efficient and effective.

“So we took this big building and put a very large solar array on it,” Sprague said. “We are going to generate so much electricity that it will power the building, and send excess to my house and Brian’s house. We will have no electric bill.”

In conjunction with that, both the owners’ homes and the shop are all electric, with heating and cooling being handled by cold-climate, air-source pumps.

As the technology becomes more affordable and refined, Sprague said, architects, contractors, and homeowners are “really getting on board.”

Five years ago, he was still convincing people that cold-climate heat pumps were effective and wouldn’t break down in the dead of winter.

“They might say, ‘it’s going to blow cold air, and it’s going to use a lot of electricity.’ That’s not the case, it’s not 1980. You are going to be very comfortable,” he said.

And with subsidies provided by state energy-efficiency programs like Mass Save, Sprague said, the average household that opts in to the right qualifying technology is getting $6,250 back from that state for each project. “What seemed like a sticker shocker before is now comparable or less [than the cost of fossil fuels].”

And folks who don’t want a central system or don’t have the budget can opt for a local unit, like a mini split, which can provide HVAC to individual spaces.

Sprague said he thinks the nonbinding climate resolution accepted by West Tisbury and Aquinnah, which seeks to reduce the Island’s reliance on fossil fuels by 50 percent by 2030, and 100 percent by 2040, is “very achievable.”

“We want everyone to get as close to net zero as possible, because it’s really nice to say you have generated as much as you have taken,” Sprague said. “And this net-zero thing has a better return on investment than a 401(k), so the financial motivation is definitely there.”

Nelson said that once the price of oil shot up to $5 a gallon in 2006, NMD was “supercharged,” and they began to explore the world of geothermal energy with zeal.

He noted that it took time for the state to catch up with energy sources like PV panels and electric heat pumps, but now his company is in the implementation phase, “which is very exciting.”

With 25 panels on their new workspace in Tisbury, and a network of the very same energy-efficient HVAC and plumbing systems that they install in Island homes and businesses, Nelson said their company is trying to “lead by example.”

“Now that the cost per install has come so far down, it really is affordable green energy,” Nelson said. “We have always supported the idea of the all-electric Vineyard, because it’s realistic and doable. It’s just like the idea of growing and selling food locally — do the power locally.” 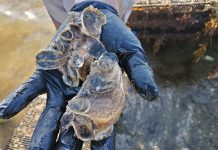 The cleaning power of oysters 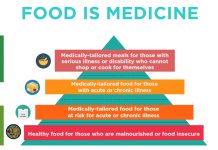 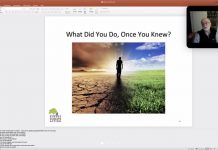