From 1992 to 2018, the Baywatchers program has collected water samples from more than 200 stations around Buzzards Bay, in order to monitor aspects of water quality such as temperature, salinity, dissolved oxygen and nitrogen levels, and others.

The journal, which is part of the Nature Publishing Group (NPG), published the data on Friday, March 5.

According to science director for the Buzzards Bay Coalition and lead author of the journal article Rachel Jakuba, the data collected through the Baywatchers program comes from a unique partnership involving local citizen scientists, professional scientists, and two internationally renowned research institutions — Marine Biological Laboratory (MBL) and the Woodwell Climate Research Center — coordinated by the Buzzards Bay Coalition, which founded the Baywatchers program.

The Baywatchers Monitoring Program has been funded by the Buzzards Bay Coalition primarily through contributions from the organization’s members and private foundations, with support from the commonwealth of Massachusetts, the Buzzards Bay National Estuary Program, and the EPA.

Jakuba said Baywatchers data have been used to identify nearly 30 bodies of water around the bay that do not meet federal standards under the Clean Water Act, evaluate wastewater discharge permits, support the development of targets for reduction of nitrogen pollution, and increase public awareness and generate support for actions to control nutrient pollution and improve water quality.

In the 1980s, Jakuba said, the bay was experiencing a sharp decline in water quality, which threatened ecologically sensitive coastal habitats and highlighted the need for restoration and protection efforts in the area.

But at that time, there were virtually no legitimate long-term studies published relating to water quality, or action plans to address major issues like eutrophication and nitrogen loading. “The greatest threat to the health of the bay is nitrogen pollution,” Jakuba said.

She attributed the high levels of nitrogen to private septic systems that leach excess nutrients into the watershed, and into local estuaries.

That, combined with underperforming wastewater treatment plants, makes for increased algae growth, which eliminates eelgrass, and can even kill fish and shellfish directly by reducing dissolved oxygen levels.

In 2012, the monitoring expanded into Vineyard Sound, after working in areas around the Elizabeth Islands since the outset of the program.

However, Jakuba said, doing the in-depth monitoring work on Martha’s Vineyard would not be possible without the Buzzards Bay Coalition’s Island partner organizations, the Martha’s Vineyard Commission (MVC) and the Wampanoag Tribe of Gay Head (Aquinnah).

By maintaining such a long-running record of water quality in these important and sensitive ecosystems, Jakuba said, local environmental and conservation organizations can more effectively put together action plans for dealing with these issues.

All the data compiled by Baywatchers is publicly available, including the process through which the information was collected and analyzed. “This data can be accessed by anyone at any time well into the future. Anyone who is trying to make a decision about their local water, they can use that data at no cost — almost 30 years of data they have access to.”

One of the most rewarding aspects of the program, according to Jakuba, is seeing how wastewater infrastructure is improved in certain communities after the data are reviewed and an action plan is formulated.

She referred to the Wareham River, which originally didn’t have a nitrogen limit. “All the waters downstream were impacted,” Jakuba said.

When the program began monitoring there, the data showed much higher concentrations of nitrogen downstream from the local wastewater treatment plant outfall, and slight concentrations upstream.

Based on those findings, the EPA established a nitrogen limit, and the wastewater treatment facility was upgraded. “When the plant was upgraded, there was a really steep drop in the concentration of nitrogen in the stream and the amount of algae in the stream,” Jakuba said.

According to Jakuba, the program is unique in that it combines the work of professionals and everyday citizens. “We sort of harness the best part of citizen scientists, which is that you can get them out all over the place at the same time, which makes for a really efficient monitoring system,” Jakuba said.

Four times each summer, the program collects over 200 nutrient samples from various sites in a single three-hour period, all the way from the Rhode Island–Massachusetts line down into the Vineyard Sound and our local water bodies. “We could never do that with only staff, as you can imagine,” Jakuba said.

All those samples are consolidated by the coalition, and are loaded into coolers that are driven to MBL, where a group of professional research scientists analyzes them.

About 20 times per summer, citizen science volunteers go out and measure dissolved oxygen, salinity, water temperature, and clarity using a kit provided by the coalition. That information is then recorded on a sheet, and verified by experts.

Jakuba said the coalition collaborates with the tribe to collect and analyze water samples at its water testing facility in Aquinnah. The coalition also works with MVC water resources planner Sheri Caseau. Caseau also works to brainstorm ways to mitigate septic nitrogen leaching on Martha’s Vineyard — an effort the coalition has experience in through implementing pilot programs that seek to reduce nitrogen levels in effluent through updated septic systems.

Jakuba said Caseau and her interns do the majority of the sampling on the Vineyard, sometimes venturing out into James Pond on kayaks to do the job.

For Jakuba, one of the most essential goals of this decades-long study is to promulgate its findings to as many communities and organizations as possible.

“A variety of different people will use this data. State and government regulators are probably No. 1. No. 2 would be academic scientists,” Jakuba said.

Because there are so few long-term coastal water quality records available, she said, having a data set that encompasses such a large area over so many years provides invaluable information and context to communities looking to bolster the health of their local waters.

Apart from scientists, the coalition gets regular requests to use Baywatchers study information for teaching curriculums and school science fair projects. Town officials can also use this data when deciding on necessary project proposals related to wastewater management or coastal zone rehabilitation.

“This program is not ending with the data we are publishing. We will still continue to do our research, and make that information available to all who want it,” Jakuba said. 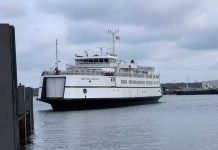 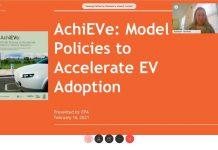 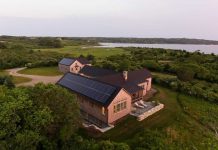