Abigail Larsen, daughter of John and Susan Larsen, has won the Lillian and Arthur Dunn Scholarship given by the National Society of the Daughters of the American Revolution. She was sponsored by the Martha’s Vineyard Chapter of the D.A.R. It is the first time the Island chapter has had a winner. The award is for students seeking degrees in diverse disciplines such as history, law, nursing, or education. It is a great honor and there is a lot of competition from all over the country.

Abigail will receive $2,000 a year in scholarship money for four years. Abby has been accepted to Roger Williams University and will attend in September as a marine biology major. She also received a presidential merit scholarship from Roger Williams.

Abigail’s mom, Sue, is still riding a high from her experience participating in the 2010 Boston Avon Walk. She feels honored and privileged to have been a participant along with 2,600 people walking for a common purpose. Sue shares that the Avon Foundation put on an event that was fun and flawless, and the walk brought in an amazing 5.8 million dollars. Over $2 million was given away at closing ceremonies to 11 organizations; the smallest grant was $100,000 and the biggest was $750,000, which went to the organization dearest to her heart, Mass General Hospital Cancer Center. Sue has already made the commitment to participate in the 2011 walk with her youngest daughter, Brigida, applying to be part of the Youth Crew. We are all so proud of you, Sue. You continue to be an inspiration.

Another soon-to-be high school graduate is Cody Coutinho. He is the son of Robert and Linda and grandson to Margaret Maida. Cody will be attending Merrimack College in Andover where he plans to major in civil engineering. It is hard to believe that after “growing up” with us at the Texaco, it is time for him to row out of the basin.

This Saturday, the Chilmark Community Church will be bustling with its annual Yard and Plant Sale from 10 am to 1 pm. According to Pam Goff, Bob Conway has been working on chairs, Nancy Cabot has fabulous seedlings, and Ethel Sherman has made her famous jams, not to mention lots more stuff. Stop by to see what is going on.

Ann and Hal Noyes arrived last week and started off their visit with the celebration of granddaughter Ella’s fifth birthday. Hal and Ann also attended Thea’s weekend soccer game, Adelaide’s weekend soccer game, and spent a few moments here and there chasing after soon-to-be-two grandson Lathrop. Their schedule will continue to be jam-packed with playdates, concerts, performances and more. What a great time of year for a grandparent visit.

At this year’s Cape Cod and Island Council 100th Anniversary Boy Scouts of America Chuckwagon Derby, held on May 22 at the Barnstable Fairgrounds, it was a local team of boys who took home the winning trophy. At least 50 teams competed, but the winning team consisted of Kai Rose, Trip Hopkins, Gregory Clark, Camden Emery, Michael Courtney, Nathan Lopez-Mata, and our very own Solon Oliver. Solon’s younger brother Barrett, who will be eligible to become a Cub Scout on June 1, participated in the camping event and cheered the winning team on to victory. The Scouts pull a chuckwagon from stations called towns, and complete tasks that require teamwork, good sportsmanship, and Scout spirit. Thanks to leader and proud father Kevin Oliver for sharing the boys’ accomplishments.

This Sunday, May 30, is a Hunter/Jumper Horse Show sponsored by the Martha’s Vineyard Horse Council. The show starts, rain or shine, at 8 am at the Agricultural Hall. Among numerous others, Bella Flanders Thorpe and Imogen Taylor look forward to rising early, donning their show attire, beautifying their ponies, and riding their best in front of the judges.

Pizza Nights at the Chilmark Church will soon be winding down, although they continue for the next couple of weeks, as always, starting at 6. It is an easy way to catch up with friends and have a quick dinner without worrying about preparing it yourself. Use your brain for a little while with a round of Bananagrams or burn off some steam with a game of catch or spud. I am still learning the rules for the throw the ball at each other game known as spud. Pizza Night will soon give way to Judy Mayhew’s famous lobster rolls.

Congratulations to the West Tisbury middle school girls’ softball team for their remarkable win against the Charter School team. Their win was the first in many years. 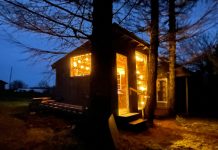 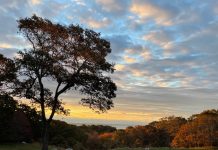 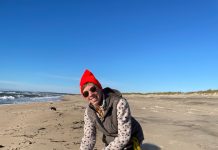