A memorial service and headstone unveiling for Claus Buchthal will be held Friday, July 15, at 4 pm at Abel’s Hill Cemetery. Mr. Buchthal died on November 8, 2010, in Cambridge. Following the service, a reception will be held at the Buchthal home in Chilmark. In addition, a duplicate bridge game will be held in Claus’s memory on Saturday July 16 at 2 pm at the Howes House in West Tisbury, where Claus was a regular for Scrabble, bridge, and discussion group for the last 20 years. He also worked at Menemsha Market one morning a week and volunteered at the Road Race and Thrift Store, all when he was in his mid-90s. Although I did not know him well, I do know that he and Hela were a very sweet couple who always asked about my children each time they pulled to the pumps.

Jules Worthington will reveal five of his historical paintings of Menemsha at his upcoming show at the Chilmark branch of the Sovereign Bank. The opening reception will be Friday, July 15, from 4 to 6 pm. The show will run through the 22nd.

Jennifer Iacopino and her clan made it down from New Hampshire for a visit and to help out at the Horse Council Horse Show last weekend. Jen is a lifelong friend of Julie Flanders and Linda Coutinho.

Caleb, Chris, and Celia Slater made the trek to Menemsha to visit Herb and Jane before they head out on an Alaskan adventure. The three are renting an RV and hitting the open road. I will admit I am jealous and plan to live vicariously through magnificent imagery.

Kim, Rick, Tucker, and Ella Simonsen were at their Flanders Lane home. Tuck is of the age where spending every moment along the dock fishing is certainly the thing to do. They managed to jig up some squid, which I haven’t seen much of recently.

John Keene and Christian Parker Sarason celebrated milestone birthdays with a bunch of kids, nieces, nephews, siblings, and cousins surrounding them on a week-long adventure at Block Island. Lathrop, the youngest of John and Hillary, also celebrated on the same day as his dad but his number didn’t have a zero trailing behind it.

Well, it’s official. Betsy Burmeister is a mom. Ten-year-old William has made his way into her heart and her life 24/7. He is inquisitive and such a character. I think everyone in Menemsha now knows him. He zips around on his bicycle, wearing his helmet of course, shouting hello to all his new friends. He boogie boards, walks his dog, and hangs at the beach with the best of them. Welcome William.

The commercial striped bass season is upon us. The fleet of friends since childhood fuel, fish, and look out for each other on the water. At the end of the day they sell their catch to fish buyer Alec Gale. Much of their catch will end up on local tables for dinner.

Paul McDonald, along with Jeff Lynch and a few others, returned to Menemsha on the Shearwater with a 225-pound thresher shark. They pulled to the dock and Brooks couldn’t pass up a photo opportunity with a shark whose tail fin was nearly twice his size. Around the same time, the Unicorn returned to the dock with squid, much of which made its way to the Home Port kitchen.

In honor of the Martha’s Vineyard Museum’s ongoing exhibit, Your Town, Our Island, that is designed to celebrate the different characters and voices of the Island’s separate towns, the Museum is offering free admission to all seasonal and year-round residents of Chilmark for the week of July 18 to 22. For this one week, Chilmark residents will receive discounted prices on memberships.

A memorial service will be held for Peter Teel on Friday July 2 at 11 am at Abel’s Hill. There will be a luncheon at the Teel family home at the top of Menemsha hill following the service.

News Flash from Flanders Field: Lynn Puro formally received the Howie Hustle Award at this past weekend’s game. She is the only woman to receive this coveted honor. Lynn, the first person on the field and last to leave, was unanimously voted recipient for her daring baseline bellyflop slides. This Sunday is the formal photo-op for the All-Star Game. “Everyone at Flanders Field is an All-Star, so dress appropriately,” says Commissioner Bill Edison. 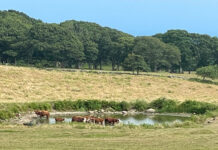 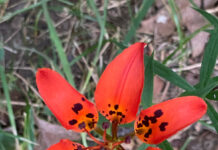 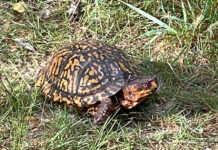