Despite his vast portfolio, it’s not so easy to perform a tribute to Michael Jackson. Everything from the gloves and hats to the jackets and shoes must be spot on, and the ensemble is the easy part. A proper tribute requires talent, perfectly executed dance moves, and flawlessly performed soprano notes.

With a pop icon as great as Michael Jackson to emulate, many tribute bands have tried and failed, accepting a fate as inferior to the man who started it all. But one group, Who’s Bad, manages to not only live up to but also exceed audiences’ expectations.

From their first performance together at a small North Carolina venue in 2004 to more recent acts in China and the United Kingdom, Who’s Bad has captured the hearts of Michael Jackson fans in all corners of the globe. In an interview with the UK’s The Journal, the band’s saxophonist Vamsi Tadepalli said, “My favorite thing is seeing the people who were the sceptics out there, people standing with arms crossed because they’ve gone with friends who are Michael Jackson fans and they don’t necessarily like him, starting to loosen up…That’s my favourite part — converting people.”

Who’s Bad has wowed audiences at more than 700 shows in numerous countries, and their Thursday, July 28 performance at Nectar’s should prove no exception from their norm of excellence. Sing along to beloved favorites such as “ABC” and “Thriller,” and in doing so, honor and remember MJ’s legacy. 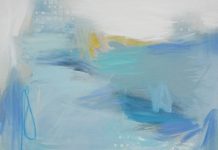