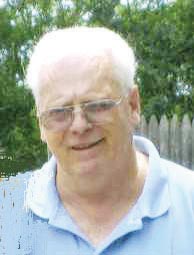 He was born April 29, 1943, in Chicopee, the son of the late John and Eileen (Smith) Scanlon. He attended Chicopee High where he met Elaine Roux, now his ex-wife. He moved to Florida for several years before finally settling down in Martha’s Vineyard in 1985. Jack worked at the Kelly House and The Harbor View before joining the US Postal Service where he spent 13 years as a postal carrier. He also owned his own very successful catering service, MV Bartending, until declining health forced him to retire from both jobs in 2007.

Jack enjoyed watching the Patriots games and was an avid follower of the stock markets. He was a member of the VFW and Portuguese-American Club of Martha’s Vineyard, where he could always be found ready to tell a story with a big smile on his face. He loved the Island and his numerous friends here. He leaves his daughter, Dr. Kelly A. Scanlon-Chase, her husband, Mark, and their children, Kendall and Cody, all of Ludlow; his two sons, Scott Scanlon of Simsbury, Conn., and David Scanlon and his wife, Elizabeth, of Somers, Conn.; a grandson, Brandon Scanlon, and several cousins. Services for Jack will be held on December 10 at the Chapman, Cole & Gleason Funeral Home, Edgartown-Vineyard Haven Rd., Oak Bluffs, with visiting hours from 11 am – 1 pm followed by burial in New Westside Cemetery, Edgartown, at 1:30 pm. In lieu of flowers, memorial contributions may be made to the American Heart Association, 54 Wayside Ave, West Springfield, MA 01089.

For more information, go to www.ccgfuneralhome.com.