The Stop & Shop Supermarket Company, which has stores in Edgartown and Vineyard Haven, recently announced plans to end its rebate program that awards customers five cents a bag for using their own.

A letter sent to customers with Stop & Shop cards notifying them about the change included a coupon redeemable for a free Stop & Shop reusable shopping bag. It said that the reusable bag rebate program had helped save millions of paper and plastic bags from being added to communities’ waste streams.

“While we have been greatly encouraged by this, the program has reached a plateau in its effectiveness to encourage shoppers to reuse their bags,” the letter said. As a result, Stop & Shop decided to end the bag rebate program and give support to other programs that continue to protect the community and reduce environmental impacts. To start, the company said it would donate $25,000 to the Environmental League of Massachusetts, which is dedicated to safeguarding the state’s land, water, and air.

Although the letter did not give an end date for the bag rebate program, it is planned for December 15, according to the Edgartown store management. 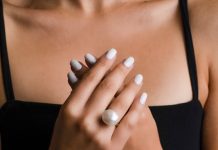