School vacation has come and gone and our kiddos are back to the grind. Books, math equations, spelling lessons, football, jump rope, waiting in line at the lunch window and chatting about vacations taken that already seem like a thing of the past.

Kelly Klaren, Bryce Cioffi, Immy and Ben Taylor and more are back from visiting with the world-famous mouse down in Orlando. Mary Ambulos has returned from a Krishna Das Retreat which was, coincidentally, in Orlando. The Knight family zipped up north to do a little skiing and a couple of Pooles hit Jay Peak. The Chapmans are back from sunny Puerto Rico with smashing tans to show for themselves. David Geiger, John Lamb, and pup Fletcher are back from a quick visit to their old stomping grounds in Ithaca, N.Y.

Katy Smith, along with the other MVRHS senior hockey players, have wrapped up their season. The team was Southie bound this past week to take on the Boston Latin Academy Knights in a postseason tournament game. Despite the 4-2 loss, the girls played a strong game and their team spirit shone through. A side trip to Mr. Bartley’s Burger Cottage with dad Bill was a crazy highlight. If you’ve never been to the Mass Ave. Cambridge hot spot and burgers (or rings) are your thing then you really must make the journey. If not for the adventure if nothing else.

Speaking of adventures, the MVRHS drama troupe spent this past weekend at the Massachusetts Educational Theater Guild’s Festival. The drama festival included 115 one-act plays performed over the course of the weekend at various schools around the state. “Reflections,” this year’s short play, was performed at Attleboro High School. Although the group was not chosen to move on to the semi-final round, they held their heads high and took home some valuable experience that they can set aside for next year’s production. A couple of Chilmark teens were behind the scenes this year: Thorpe Karabees was run crew and Bradley Carroll was costumer. Both took on substantial acting roles last year and opted for some behind-the-scenes experience in 2013.

Time is whittling away, which means Pizza Night is just around the corner. Cheese and pepperoni slices are always up for grabs along with soda and juice boxes. Typically some kind soul brings along a salad and/or cookies for dessert. A well-rounded meal can be found at the Chilmark Church on Tuesday nights at 6 pm. If you are new to the deal, give Julie Flanders a heads-up if you plan to attend. A ballpark head count for the pizza queen is always helpful. Tuck your thinking cap up under your hat and be prepared to do a little scrabble-like spelling with a round or two of Bananagrams, if you are so inclined. Oh, and welcome back to Julie, Bella, and Grandma Fran. So nice to know you are rested and glowing from the Hawaiian sun.

This Friday, the eighth, is the last in the Free Friday movie series for the season at the Chilmark Library. Stop in for popcorn, refreshments, and to view the chilling film “Gaslight.” Charles Boyer and Ingrid Bergman star in this 1944 classic about an evil husband who tries to convince his wife she is losing her mind. A little movie trivia: Bergman won her first Academy Award for her role in this film.

Next Wednesday March 13, you will find filmmaker Tim Garber at the Library. Stop by for his 5 pm documentary entitled “Salt of the Sea.” This event Sponsored by the Friends and the Menemsha Fisheries Fund, the film will be followed by a discussion. “Salt of the Sea” is one in a series of documentaries having aired on PBS and Discovery. It’s topic is commercial fishing. 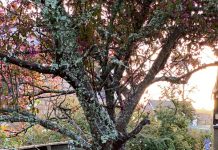 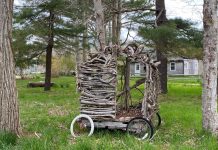 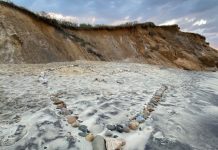