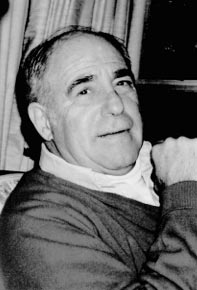 Paul A. Strauss died at the Martha’s Vineyard Hospital on April 25, 2013. He was 86 and was the husband of Marion (Johnson) Strauss for 64 years.

Paul was well-known on the Island for his dedication to protecting the natural environment. A member of the Oak Bluffs Conservation Commission for 17 years, and chairman for six, he was named Conservation Commissioner of the Year by the Massachusetts Association of Conservation Commissions in 2006. In a letter of support for the award, East Chop Association president Craig Dripps wrote, “I cannot imagine anyone more deserving of recognition for his service to his community at all levels: neighborhood, town, and district. Paul has been a tireless and immensely effective individual who has donated hours and hours of his life towards the betterment of the entire Island of Martha’s Vineyard.”

Paul was born in 1927 in New Brunswick, New Jersey. He graduated from Cornell University, received his MBA at Syracuse University, and served in the U.S. Navy and U.S. Navy Reserves. He worked in the fields of chemical engineering and marketing. Paul and Marion raised their sons — Eric, Robert, and Russell — in Redding, Connecticut and Newport Beach, California.

Paul had been coming to the Island for 60 years. He and Marion purchased a house in East Chop in 1982 and retired there in 1992.

Paul combined his passion for conservation work with his intelligence, patience, humor, and professional skills on the board of directors of the East Chop Association, the Friends of Sengekontacket, and the Sheriff’s Meadow Foundation. He was chairman of the 1995 Oak Bluffs Wastewater Facilities Planning Group, co-chair of the Town’s 1997 land use planning Blue Ribbon Committee, and chairman of the Southern Woodlands DCPC Committee, where regulations were drafted to protect the environmental integrity of the southern woodlands, several hundred acres of largely undisturbed land that sits on the watersheds of Lagoon and Sengekontacket Ponds.

Paul served as a Dukes County Commissioner for five years and was the County’s representative on the Martha’s Vineyard Commission.

According to former selectmen and county commissioner Roger Wey, “When it comes to environmental protection no one is more worthy of recognition than Paul Strauss. Paul worked tirelessly for years to preserve land and protect the wetlands of Oak Bluffs. His name is synonymous with conservation. Paul fought long and hard to protect 300 acres of woodlands from being developed as a golf course and as a result the land will now be preserved for future generations.”

Paul enjoyed fishing in Island waters and off Cabo San Lucas, Mexico, where he and Marion spent several weeks each winter. He participated for many years in the Martha’s Vineyard Striped Bass and Bluefish Derby.

Arrangements are under the care of the Chapman, Cole & Gleason Funeral Home, Oak Bluffs.