Martha’s Vineyard Film Society members and others who frequent the M.V. Film Center know that there’s a lot more than just movie screenings going on throughout the summer. In the next few months, the Film Society will host a number of special events, including prerelease movie premieres, visits from Hollywood and indie filmmakers, panel discussions accompanying thought-provoking documentaries, and even a few nonfilm events.

Two part-time Vineyarders will be offering sneak peeks of yet-to-be released projects. Coming up on Monday, July 17, the Film Center will host director/writer Brad Silberling for a discussion after a screening of his new film, “An Ordinary Man,” starring Ben Kingsley. Mr. Silberling, whose previous films include “City of Angels,” “Moonlight Mile,” and “Lemony Snicket’s A Series of Unfortunate Events,” turns his attention this time around to the Balkans. Kingsley plays a fugitive war criminal in this new suspense thriller. Mr. Silberling, a seasonal West Tisbury resident, will be bringing this early screening to Vineyard audiences well before its September release. 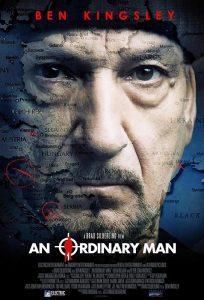 On August 8, part-time Vineyarder James Lapine will accompany a screening of the recent Broadway production of his Tony awardwinning musical “Falsettos.” The revival of the 1990s hit show was filmed at Lincoln Center in January, and will air on PBS later this year, but Vineyard audiences will get an early opportunity to see the show and have an opportunity to meet Mr. Lapine at a reception following the screening and a Q and A with the Pulitzer prizewinning director and writer.

Films with a social conscience are also on the agenda. “We’ve got a few films this summer that all deal with civil rights and Black Lives Matter issues,” says Film Society founder and executive director Richard Paradise. “Obviously, following the trend, there’s more interest in these issues and more films are being produced. I’m really excited to be bringing that kind of dialogue to the Vineyard.”

This past Tuesday, the Film Center hosted a screening of “I Am Not Your Negro,” the Oscar-nominated documentary that explores the civil rights past and current racial climate using material by James Baldwin, as well as archival film clips and interviews. The screening was followed by a discussion with author and Vineyard resident Jessica Harris, who knew Baldwin and has just published her memoir, “My Soul Looks Back.” 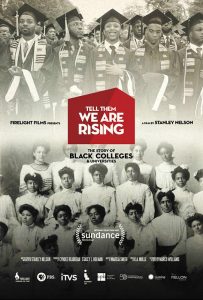 On Saturday, August 17 at 7pm, a special screening and discussion will take place at the Strand Theater in Oak Bluffs. The film, “Tell Them We Are Rising: The Story of Black Colleges and Universities” will be accompanied by a Q and A with the film’s director, Stanley Nelson, another part-time Vineyarder. 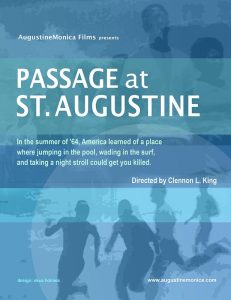 The Strand will again be the site of a film screening and discussion on August 15 at 4 pm — this time with writer/director/producer Clennon King, who will speak after a screening of his film “Passage to St. Augustine,” a new film that shines a spotlight on an often overlooked series of events and actions that played a pivotal role in the passing of civil rights legislation. Director King will be joined by longtime PBS and NPR correspondent Charlayne Hunter-Gault and a couple of people who have a connection to the St. Augustine events, for a post-screening discussion on race and history.

Also on the Film Society’s schedule for this summer is a unique event on August 21 — a multimedia presentation featuring an original version of the song “Dixie,” that comments on the popular tune’s message about the Confederacy using contemporary forms of black music. The event will also feature various responses from members of the Vineyard community, along with some musical animation.

The Film Center’s annual Doc Week, July 31–August 4, will bring five newly released documentary films to Vineyard audiences — all accompanied by Q and As with the film directors and other special guests. The topics range from sex trafficking to journalists covering the Vietnam War to a group of Syrian activists standing up against ISIS. On a somewhat less serious vein, the festival will also include profiles of an Egyptian standup comedian and a young dropout from society who left a middle-class life to travel the U.S. in search of freedom.

On August 23, the Granary Gallery will host a screening of the film “Finding Vivian Maier,” a documentary about an amateur photographer who, in her lifetime, discreetly took over 100,000 photos but remained in obscurity until her body of work was discovered years after her death. She has since been hailed as one of the 20th century’s greatest photographers. The Granary Gallery will be hosting a traveling exhibit of Ms. Maier’s work this August.

The Vivian Maier screening is one of many collaborations between the Film Society and other local organizations. In another collaborative effort, the Film Society will team up with MVTV and Featherstone Center for the Arts for a Summer Video-Making Camp for Kids. For the first time, the camp will take place at the Featherstone campus, while the kids will get the chance to premiere their material at the Film Center.

Another new development is the recently established relationship with the Metropolitan Opera. Thanks to an investment in some new equipment, the Film Center will finally be able to broadcast operas from the famed institution live, rather than live-to-film.

Mr. Paradise says that more special events will be added throughout the summer. You can check mvfilmsociety.com to find out more about what’s coming up at the Film Center, Strand, and Capawock Theaters.

Updated to correct the date of Tell Them We are Rising to August 17 at 7pm. It was originally stated to be on August 19.