“Killing Kasztner: the Jew Who Dealt with Nazis,” concludes the Summer Institute Film Series of the Martha’s Vineyard Hebrew Center in Vineyard Haven on Sunday, August 15. The M.V. Film Society presents “Last Train Home,” a compelling documentary about Chinese migrant workers, on Tuesday, August 17, and the M.V. Film Festival will screen Lisa Cholodenko’s Hollywood domestic comedy, “The Kids Are All Right” on Wednesday, August 18, with producer Jeffrey Levy-Hinte, who summers in West Tisbury, in attendance.

“Killing Kasztner” is no grim, death camp heartbreaker. It examines the complex moral issues involved in the case of a man who saved the lives of more than 1,600 Hungarian Jews in 1944 and then was murdered in Tel Aviv.

Instead of being installed after World War II in an Israeli pantheon of heroes, Hungarian lawyer/journalist Rezso Kasztner was vilified by Israeli Jews who believed he had betrayed the hundreds of thousands of other Jews who did not escape the Nazi concentration camps. Mr. Kasztner was assassinated by Jewish extremist Ze’ev Eckstein in 1957.

Although Kasztner, a member of the Hungarian Zionist Help and Rescue Committee Vaada, was exonerated of charges that he had made a pact with the devil when he negotiated with Adolf Eichmann to send a trainload of Jews to freedom in Switzerland, Israelis have made no concerted effort to restore his tarnished honor. Mr. Kasztner’s daughter Zsuzi and his granddaughters have struggled to redeem his reputation. But it is director Gaylen Ross’s close-up interviews with the assassin that turn this documentary into a trip through a maze of competing moralities.

Mr. Eckstein is creepily articulate in his discussions of why he worked first as an agent for the Ben Gurion government, of which Mr. Kasztner was a part, then joined right-wing extremists to eliminate him. The fact remains that, according to experts quoted in the film, Mr. Kasztner was responsible for rescuing more Jews during the Holocaust than anyone else, including Oscar Schindler. Ms. Ross’ film illustrates effectively the ambiguity the most highly charged moral issues carry despite the human instinct to simplify.

“I’ll be telling a story about how my review of her 2000 film, ‘Erin Brockovich,’ made me feel ever so briefly like Marshall McLuhan,” he said, in a recent email to The Times. He also plans to examine what makes studio movies and politics “equally hollow” these days.

Playing at the Tabernacle in Oak Bluffs next Tuesday, “Last Train Home” addresses a less volatile but interesting issue. Director Lixin Fan documents the lives of one family among the 200 million who have left the countryside to find work in the Chinese factories that feed Western appetites for consumer products.

Beautifully shot and nominated for a Grand Jury Prize at Sundance in 2010, “Last Train Home” illustrates the scale of the migrant workers’ journey home, the largest temporary migration in the world. The Zhang parents, like many, have left rural Sichuan province — and their children with a grandparent — while they live in the southern industrial city of Guangdong to labor in the garment industry.

As anyone who has traveled in China knows, the surge of people to find seats on trains, planes, and boats can be terrifying and even life-threatening. Finding tickets to travel for days is hard enough, and the Zhangs arrive home to find their 16-year-old daughter Qin alienated from the parents she has never really known.

Although “Last Train Home” is a documentary, it gains some of the suspense of a fiction film by capturing on camera the genuine conflict between the generations. “Freedom” for young Qin is not the education her parents want for her, but making money in a factory or restaurant.

In charming and well-made “The Kids Are All Right,” Nic and Jules are a nice, middle-class California couple with two teenagers. Thanks to a recent federal appeals court decision, their lesbian marriage is as valid as any heterosexual one.

As played by Annette Bening and Julianne Moore, physician Nic and landscape architect Jules, respectively, have a pretty conventional relationship with their teenaged daughter Joni (Mia Wasikowska) and son Laser (Josh Hutcherson). The very ordinariness of this household is what makes the plotting of “The Kids Are All Right” work well.

Then restaurateur Paul (Mark Ruffalo) enters the scene as the kids’ sperm-donor dad. Complications spring up like mushrooms. Soon everyone starts behaving in nutty ways and fighting like cats and dogs.

Along the way, the viewer gets level-headed if Hollywood-vetted views of how a female couple and their children might behave, much the way “Guess Who’s Coming for Dinner” enlightened moviegoers about biracial couples in 1967.

Just as it was with Katharine Hepburn and Spencer Tracy — who had their own unconventional relationship in private — it’s a pleasure to watch the seasoned Bening/Moore/Ruffalo team go work on normalizing the current cultural interdict.

Playing at the M.V. Film Festival’s Cinema Circus is “Frogs and Toads,” a live-action film from the Netherlands about a boy named Max and his adventures after his brother Jannus has his tonsils out.

“The Kids Are All Right,” Wednesday, August 18, 8 pm, Chilmark Community Center. $14; $7 for M.V. Film Festival members online at tmvff.org or at the door. 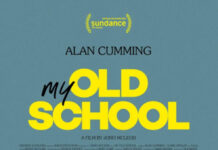 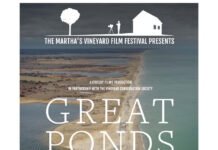