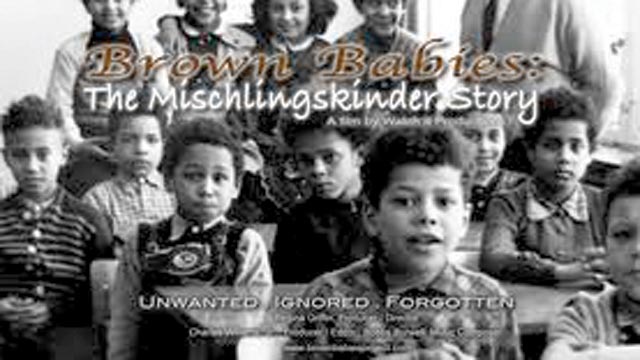 MVAAFF enters its ninth year on the Vineyard when it opens Tuesday, Aug. 9. The Festival runs for five days, ending on Saturday, Aug. 13.

Headliners this year include syndicated radio personality and author Michael Baisden, who will screen his new documentary, “Do Women Know What They Want?” Mr. Baisden has been on the air in New York since 2003, and his talk show was syndicated not long afterward.

“My goal,” says Mr. Baisden, “is to promote dialogue between men and women about topics that impact all of our relationships, regardless if you are married or single, such as sexual compatibility, the influence of girlfriends, interracial dating, and, of course, the most popular issues of them all, infidelity and dishonesty.”

An estimated 60 films will play at MVAAFF, whose headquarters will be at Vineyard Haven’s Mansion House, with some film screenings at the Katharine Cornell Theatre. Ms. Rance said that one of the highlights of this year’s festival is a workshop for filmmakers on the ins and outs of filmmaking.

This workshop is sponsored by the Screen Actors Guild offshoot, SAG-Indie. A number of the actors showcased at MVAAFF in past years have gone on to find work in commercials, according to Ms. Rance.

Now in their third year of MVAAFF sponsorship, advertising agency Saatchi and Saatchi will offer a workshop entitled This Is How We Do It. They will also once again offer the Nothing Is Impossible Producer’s Award for a film developed by an emerging artist of color.

New this year is Saatchi & Saatchi’s Artist-in-Residence program. A MVAAFF filmmaker chosen by the agency will spend three to six months in its production/creative departments, followed by an equal amount of time in a Los Angeles-based production house. Other MVAAFF sponsors this year include Macy’s Department Stores, Lacoste, MV Bank, and the film equipment rental company Arri-CSC.

Registration for the festival opens Tuesday, Aug. 9 at 2 pm. Opening night films start at 5:30 pm with “Breathe” and several shorts. The main feature at 7:30 pm will be “Escaping Robert Parker: The Director’s Cut,” about the well-known wine critic, along with two shorts.

On Wednesday, Aug. 10, the films begin at 11 am with a series of five shorts. “Payin’ the Price” is the feature playing at 1 pm, along with a short. Four short films are on the schedule at 3 pm, followed by the seven “Nothing Is Impossible” producer’s award shorts at 5 pm, as well as another short. A White Linen and Champagne reception will start at 7:30 pm in the Louisa Gould Gallery on Main Street in Vineyard Haven.

Thursday, Aug. 11 brings “Staging Hope” at 11 am, followed by “From Fatherless to Fatherhood” and two shorts at 1 pm. Five shorts will screen at 3 pm and “Life Love Soul” is at 5:30 pm. Mr. Baisden’s documentary, “Do Women Know What They Want,” follows at 8 pm with a Q&A session afterwards.

“This Is How We Do It” begins at 11 am on Friday, Aug. 12, with another medley of shorts screening at 1 pm. “The Land of Opportunity” plays at 3 pm, and an invitation-only VIP boat ride is also scheduled in that time slot. On Friday evening, “The Three Way” screens at 5:30 pm, followed by a CNN In America Special, “Pictures Don’t Lie.” Lola’s will provide the venue for a party featuring Chris Washington.

The program for the final day, Saturday, Aug. 13, starts at 11 am with five shorts. An invitation-only brunch with Mr. Baisden gets underway at 12 noon, at the same time “Brown Babies: The Mischlingskinder Story” screens.

The Saatchi & Saatchi’s Producer-Award-nominated films will play at 2 pm and continue at 4 pm. A Trivia Contest starts at 6:30 pm. Then a screening of HBO’s Short Film Competition begins at 7 pm with documentary, feature, and short awards announced at 8:30 pm.

The MVAAFF will close with a Wrap-Up Party at Lola’s, starting at 9:30 pm. For more detailed information about the festival, sites and films, see mvaaff.com.