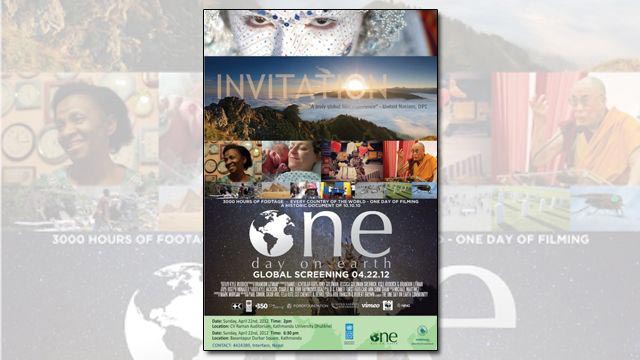 “One Day on Earth,” a remarkable new documentary released in conjunction with Earth Day, gives new meaning to the term globalization.

The Martha’s Vineyard Film Society (MVFS) is collaborating with the Vineyard Conservation Society to screen this film, compiled from footage by more than a thousand participants around the world, at the Katharine Cornell Theatre on Saturday, April 28.

“One Day on Earth” inaugurates a new MVFS monthly series, “Green on Screen.” The Permanent Endowment for M.V. is helping fund these environmental screenings.

With multiple sponsors including Oxfam, the U.N., and the Ford Foundation among some 60 charitable organizations, “One Day on the Earth” brings together scenes from everyday life in 160 nations around the globe. The day selected was October 10, 2010 — that is, 10/10/10.

Developing a web archive accessible to every computer user, producer/director Kyle Ruddick and his co-founders Michael Klima and Brandon Litman have already extended the project with footage gathered on 11/11/11. Thanks to the United Nations Development Program, filming will continue annually through 2015.

In a cinematic project of this scope, editing plays a crucial role. “One Day on Earth” follows a simple formal trajectory, beginning with birth. Birthing scenes unfold in England, Iran, and the Netherlands.

Images and voiceovers from the International Space Station help establish the global focus. Mr. Ruddick also periodically inserts statistics like the world’s 10/10/10 mortality rate of 154,000 people, and the percentage of the Earth’s population under the age of 14 (26.3 percent).

Headlined by Paul Simon, a variety of musical performers from the world’s 1,500 known styles of music fill the soundtrack. One of the most unusual entries comes from an American musician creating a musical wall out of the barrier dividing the U.S. and Mexico.

From footage of 325,000 couples across the world who married on 10/10/10 come images of a young woman whose face is painted into an exquisite work of art. The natural world makes its global appearance in sequences of bears, flowers, spiders, ladybugs, rabbits, fish, penguins, and many other species.

We are told that 30 percent of the world’s landmass is used for raising livestock. Six hundred sixty million pounds of fish were caught that day. Don’t forget the world’s refuse. In one of the longer sequences, a garbage truck goes through the process of loading some of the 3.5 million tons of waste produced around the world.

A landscape of discarded tires makes the point that we have changed the chemistry of the planet Earth. “How do we create a sustainable future?” the film asks. Lest some of the grimmer statistics demoralize us, the film describes how more than 180 countries are working to reduce carbon emissions, and volunteers are planting trees all over the world.

The images, commentary, and data continue for almost two rewarding hours. “One Day on Earth” tells a story we all can benefit from thinking about.

Inspired in 2008 by a world music concert, Mr. Ruddick and his co-founders did not start out as experienced filmmakers. But their energy has produced a wonderful document of how much every citizen on Earth shares in the journey through life.

Director Ridley Scott spearheaded a similar project for Facebook, called “Life in a Day,” which played at Sundance last year. Yet there’s nothing like experiencing such a worldview on the big screen. That’s just one of the real pluses of “One Day on Earth.” 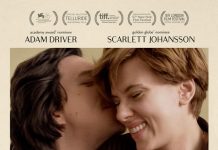