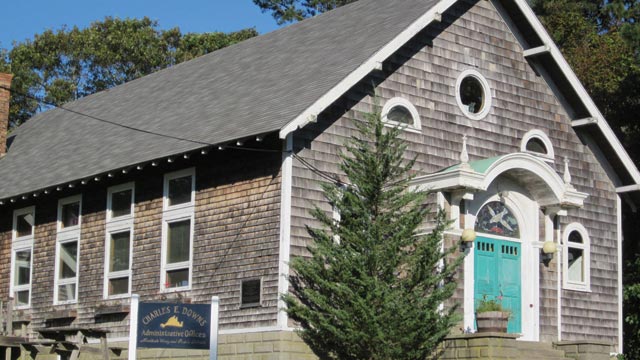 Martha’s Vineyard Public Schools (MVPS) superintendent James Weiss plans to recommend Lynn Silva as the new director of student support services to the All-Island School Committee at a meeting on Wednesday, May 30.

With the school committee’s approval, Ms. Silva will take the reins on July 1 from Dan Seklecki, who is retiring as director on June 30, after almost 29 years with MVPS.

“Ms. Silva is a delightful woman,” Mr. Weiss told The Times in a telephone conversation last week. “She is presently the director of student services for the Brewer School Department in Brewer, Maine. Before that, she did similar work in Portland, and before that, in many South Shore communities in Massachusetts, so she is familiar with how things are run in this state. She also spent some time on Nantucket, so she has experienced Island life.”

Ms. Silva was one of two semi-finalists chosen through a search process by an Island committee made up of assistant superintendent Laurie Halt, parents, an NAACP representative, teachers, special education professionals, and school administrators from across the Island, Mr. Weiss said.

The Island search committee, with the assistance of the Cape Cod Collaborative’s (CCC) executive search group, considered a pool of about 12 candidates and interviewed four before narrowing their choices to Ms. Silva and a candidate from Amherst.

“Throughout my interactions with school personnel, parents and community members, I realized that we share the same priorities regarding the education of children — all children — on Martha’s Vineyard,” Ms. Silva said Friday in response to an email request for comment from The Times.

“Given these shared values and beliefs, I am honored to join the Martha’s Vineyard school system and community,” Ms. Silva added. “For me, this is a great opportunity to continue learning and growing with people who demonstrate true care and commitment to their children’s education.”

Mr. Seklecki submitted a letter stating his plans to retire in January 2012 to Mr. Weiss on July 19, 2011. At that time, Mr. Weiss told The Times it would be very difficult, and perhaps close to impossible, to replace Mr. Seklecki. His words proved right.

After an initial search in October and November 2011 failed to yield any suitable candidates for Mr. Seklecki’s replacement, he agreed to postpone his retirement and stay on the job until June 30, 2012.

An Island committee made up of assistant superintendent Laurie Halt, parents, an NAACP representative, teachers, special education professionals, and school administrators from across the Island conducted the initial search last fall. It cost about $10,000 and was funded through the superintendent’s shared services budget.

Although the search committee found about eight candidates, Mr. Weiss said none were acceptable. At a meeting in February, the Martha’s Vineyard Regional High School (MVRHS) committee agreed to cast a wider net, and approved Mr. Weiss’s request to spend $15,000 from the high school’s excess and deficiency fund to hire a search firm to find a candidate to replace Mr. Seklecki.

Mr. Weiss employed the services of the executive search group of the CCC, of which the MVRHS school district is one of 12 member school districts. The collaborative offers its members alternative and supplemental regular and special education programs for children aged 9 to 18, as well as therapy services and/or transportation services.

A second search was conducted with the assistance of Joe Gilbert of the CCC, who prescreened the candidates to recommend ones who more closely matched the MVPS criteria.

In follow-up to the selection of the two semi-finalists, the search committee planned to make site visits to their workplaces, Mr. Weiss said. Three search committee members did conduct a site visit with the Amherst candidate. However, rather than travel the distance to Ms. Silva’s workplace in Maine, which is three hours beyond Portland, Mr. Weiss said she and the committee members opted for an interview in a video call using Skype.