Duck decoys, once solely a practical aid to hunting, have been elevated to the status of an important form of North American folk art. There are museums, journals, and even festivals devoted entirely to decoys; certain carvers have made names for themselves in the art world; and antique decoys are now much sought after collectibles. Auction houses like Christie’s have managed to command prices of up to $1 million for decoys by celebrated craftsmen.

To get an idea of the appeal of carved and hand-painted decoys, as well as a lesson on the Island’s hunting history, Islanders can check out a varied collection featured in the Martha’s Vineyard Museum’s latest exhibit, “The Art of the Hunt.”

The exhibit, which includes carvings, paintings, photos, a few shotguns, and a number of oral histories, was curated jointly by the museum staff and Chris Murphy of Chilmark, a former hunter and carver.

His father, Stan Murphy, who died in July 2003, was a noted Island artist, muralist, and decoy collector. He is less known as the author of one of the finest and now rarest books on Island carvers, “Martha’s Vineyard Decoys” (David R. Godine, Publisher, 1978), long since out of print.

Chris Murphy is also an avid collector. Although he appreciates the decoys for their aesthetic appeal, he and the other curators emphasize that the aim of the exhibit is to place the decoys firmly within the hunting tradition that spawned them.

“We’re trying to tell a little about that piece of history — that hunter/gatherer history,” Mr. Murphy said. “Just like people go scalloping today, all these birds were part of what was there to be gathered.”

The use of decoys is a practice that colonists learned from Native Americans, according to Mr. Murphy. “Wooden duck decoys were not a European invention,” he said.

The Art of the Hunt is divided into three sections. The first is a look at the craft of carving, and it includes a model of a work in progress. The second section explores the history of waterfowling on the Island, and the final section looks at the decoy as an art form.

And, although some Island craftsmen whose work is on display are now revered as master carvers, the bulk of what can be gleaned about the Island is in the section that outlines the Island’s hunting history.

There are wonderful old photos from hunting camps — big business on the Vineyard from the turn of the last century through the 1940s.

The oral histories, captured by Linsey Lee over a period of years, are a fascinating glimpse into life in another era. All of those included in the exhibit are from Islanders now deceased. Most were born in the early part of the 20th century. The snippets from interviews cover the entire process from setting up a blind and buying rights to hunting grounds to the variety of taste in the different species. Shore birds were apparently unappetizing because of their diet, and vegetarian fowl the tastiest.

In one of these interviews, Basil Welch of Chilmark talked about the necessity of gathering meat: “I was born and brought up in the Depression. So everything we shot, we ate. There were no deer on the Island at the time, but there were plenty of ducks and I’ve been duck-hunting all my life.” He goes on to describe his mother canning excess duck meat for the spring when duck hunting was banned.

David Flanders of Chilmark talked about learning to shoot at the age of six and the leniency of hunting laws at the time. Longtime selectman and collector Herb Hancock of Chilmark explained how different techniques were called for in tricking various species and recalled learning to make decoys from one of the Island’s most renowned carvers. At the time of the interview (1999), Mr. Hancock was still making up to 60 decoys a year to sell.

Ed Tyra of Edgartown reminisced fondly on the pleasures of hunting. “I guess the thing about duck hunting is that you don’t have to do a lot of walking. You set there and you can see the sun rise and you hear the birds and you’re all away from everybody. It’s nice and peaceful and quiet. And you see a lot of real nice sunrises. Sometimes you see more sunrises than you do ducks.”

Starting last winter, Mr. Murphy worked at cataloguing the museum’s large collection of decoys, a number of which will be included in the exhibit. There are a few loaners and some from the museum’s collection, which have rarely been on display including several Island-made decoys recently donated by Allan and Shelley Holt. Although some of the decoys were crafted by either unidentified or off-Island carvers, all have a Vineyard connection.

Many of the decoys in the exhibit were strictly utilitarian — simple carvings often crudely painted with the wear and tear indicative of their years of service. However, there are examples of true artistry. On display are a couple of pieces by Elmer Crowell of East Harwich, whose decoys fetch some of the highest prices at auction today. Examining one of Mr. Crowell’s ducks, one can appreciate the precision that went into creating these lifelike decoys – the intricate carving of individual feathers and markings on the beak; texturing done on the chest, and the expertly blended colors. Island carver Keyes Chadwick was known as an exceptional carver but not much of a painter. Still his decoys, decorated simply, have a crude folk art charm of their own.

Speaking of his favorite Vineyard carver, Mr. Murphy said, “Ben Smith worked from the beginning of the century until about 1940. You have to realize these decoys were a tool — just like a hammer is a tool. His just took it to another level: they look more real. When you were trying to make a duck decoy all you were ever trying to do was get them [ducks] 50 or 100 feet away. He captured something in the duck that was really incredible.”

Surprisingly, along with ducks and geese, the exhibit also includes a series of simply carved plovers on sticks. There was a time when market hunting was allowed and some species were hunted to near extinction. Sportsmen, through groups like Ducks Unlimited, were largely responsible for ending the practice and protecting the resource.

Assistant curator Anna Carringer said, “We want to celebrate history but do it in a thoughtful way…We’re hoping that this exhibit will be a means to a platform on conservation efforts.”

As the oral histories attest, hunters often held a reverence for the animals they relied on for food. “Now I look at decoys as a really wonderful expression of how people feel about the duck,” Mr. Murphy said. “Both to shoot them and to express some sort of admiration.”

In the conclusion of his book, Stan Murphy wrote: “They were made only to toll the birds, not to leave for posterity the evidence of man’s ability to create from common materials things of truth and occasional great beauty. The secret of the fascination of old decoys, of the endless variations of their small forms, lies somehow in the word unself-conscious. They pay no conscious homage, as do other art forms, to God or to man or to ego; their sole intent is to convince a living duck that they too are alive. Thus their rare integrity and finally, their immortality.” 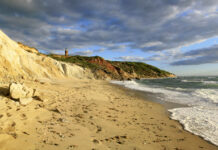 Photographer Michael Johnson captures the Island in every season 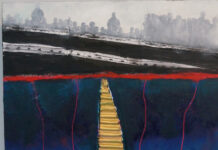 Images of migration by land and by sea