This has been one of those weeks when I really wish my patients could talk. I’ll tell you a secret. Some days, after innumerable appointments with extremely chatty human beings, I appreciate the nonverbal reticence of the animals.

Don’t get me wrong. A master gabber myself, I love conversing with folks about everything from parenting to politics. But today, I wish it were Sylvester who was talking. During 30 years of practice I’ve gotten pretty good at “listening” to cats and dogs. The wince of a sore back. The hunched demeanor of belly pain. The happy bounce of the limping dog saying he’s just sore from playing hard. All those little cues they give me. But this week, with my friend Sylvester, not so much.

Sylvester is a big guy — almost 20 pounds of taciturn Maine coon cat. At home he has often expressed himself with what we delicately call Feline Inappropriate Elimination (FIE.) Like when we put him on a reducing diet and he immediately began urinating and defecating on the rugs. Message received. We changed from the low-calorie approach to a low-carb diet instead, and he stopped misbehaving. Temporarily.

The behavior would recur sporadically, especially when his owners had to leave him in the care of pet sitters. Over the years, we discussed various things that can cause FIE — medical conditions like feline idiopathic cystitis and inflammatory bowel disease versus behavioral issues like litter box aversion or territory marking. As Sly got older he also began pulling out the hair on his tummy and acting nervous and grumpy. We discussed allergies, anxiety-related overgrooming, hairballs. His owners coped with Sly’s foibles and I depended on their astute interpretations of his actions.

But this week, when Sylvester started seeming unhappy, even his owner was unsure what he was trying to tell us. “He’s limping on his left hind leg,” she said. “His coat seems different. See these big matts? He never used to have them, and he’s vomiting hairballs. He’s urinating and defecating outside the box again…and today he was crying pitifully at the top of the stairs and was very slow to come down. When he did come down, he didn’t finish his breakfast, which is very unusual.” Sly stared at me, inscrutable, and didn’t say a word.

Examining the big cat, I searched hard for explanations for his symptoms. Was his lower back a little tender? Was that left knee puffy? Why was he crying and not eating well? He had lost a little weight. Was there some kind of metabolic disease going on? We put him on the floor to observe the limp, but Sly would only take a step or two, then sit down. All attempts to nudge him into motion were met with regal disdain.

“Let’s run blood work to get some more information,” I suggested. “But it may just be back pain, or arthritis, or an injured knee,” I concluded lamely, sending them home with a prescription for TLC while awaiting lab results.

All the tests were normal except a moderately elevated blood glucose, technically called hyperglycemia. If his glucose had been much higher, I would have immediately thought “Diabetes,” but his was in a gray zone.

“We can’t conclude too much from this blood sugar,” I told his owner. “He hadn’t been fasted before we drew the sample, and normal cats can get hyperglycemia just from stress.”

Definitive diagnosis of feline diabetes requires three things — a persistently elevated fasting blood glucose, glucose in the urine, and clinical signs consistent with the disease such as excessive drinking and urination, or excessive appetite combined with weight loss. We scheduled to fast Sylvester overnight, recheck his blood glucose, do an additional test called a fructosamine level which would provide a ballpark idea of where his blood sugar had been over the last few weeks, and, finally, take radiographs of his hind end to look for other explanations for his reluctance to move.

When Sly arrived for the second visit, I put him on the exam room floor again. This time he shuffled around a bit, enough that I could clearly see his “plantigrade” stance. That means his hocks were dropped down abnormally until they almost touched the floor as he walked. This “dropped hock” gait can occur if a cat has ruptured tendons in the hind leg, but it can also indicate something else — diabetic peripheral neuropathy. That’s right. Sylvester’s funny walk might be a sign of diabetes.

We don’t know exactly why, but the hyperglycemia that occurs with diabetes will sometimes lead to functional, structural, and/or biochemical abnormalities of the peripheral nerves, especially the hind legs. Symptoms in cats include difficulty jumping, difficulty getting in and out of the litter pan, inappropriate elimination, change in attitude or behavior, irritability, pain on palpation of joints or limbs, and a plantigrade stance. Sound familiar? Diabetic people may also get peripheral neuropathy. In humans, symptoms may include extreme sensitivity to touch, tingling, burning or sharp jabbing pain, or numbness in the extremities, especially the feet.

So was Sly diabetic, or had he just hurt himself? If only Sylvester could tell me “I landed wrong jumping off the bed and hurt my leg,” or “I’m thirsty all the time and my feet are tingly and numb.”

His fasted blood sugar and fructosamine level both came back elevated Urinalysis confirmed the presence of sugar in his pee. Putting it all together, we concluded Sly was indeed diabetic, with peripheral neuropathy.

Because his blood glucose is not too high, we are first going to see if a prescription diet can control his disease. If not, he will need insulin injections. For the neuropathy, there is no specific cure. If we get their blood sugar well-regulated, a certain percentage of diabetic cats will regain normal hind leg function. Others do not, but they seem to adjust to getting around with the altered gait and do not appear to be in pain. Perhaps they’re just stoic. Sylvester isn’t saying. 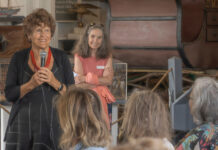