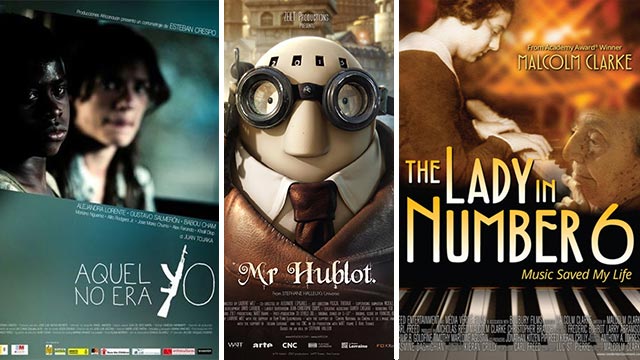 Moviegoers will have the chance this weekend to view the shorts that have been nominated for the 86th annual Oscars. Playing at the Martha’s Vineyard Film Center, the three-part series consists of films in three categories: animation, live action, and documentary.

Two of the five animation entries offer particularly stunning examples of innovative filmmaking.  “Possession,” by Japanese director Shuhei Morita, tells the story of an 18th-century hiker who takes shelter from a storm in a small shrine. He finds himself inside a magical world where umbrellas dance and kimonos turn into colorful strips of cloth, creating a feast of colors, designs, and shapes. In “Feral,” director Daniel Sousa, a graduate of Rhode Island School of Design, draws narrative inspiration from Francois Truffaut’s film, “Wild Child.” A small boy is rescued from wolves by a horseman and taken to a town where he can attend school, but he resists domestication and retains his wild nature. Both of these shorts utilize the transformative potential of animation by allowing images to change shape before the viewer’s eyes.

If the animation techniques used in “Room on the Broom” are more conventional, the storytelling about a witch who makes room on her broomstick for one friendly animal after another will charm viewers. British director Max Lang, best known for “The Gruffalo,” collaborates with Jan Lachauer to base their short on a children’s book by Julia Donaldson. Luxembourg director Laurent Witz creates a world overrun by machinery in “Mr. Hublot.” The reclusive central character tries to adapt to his machine-driven city and the mechanical dog he adopts. In “Get a Horse!”, American director Lauren McMullan pays tribute to early versions of Walt Disney’s Mickey Mouse, combining hand-drawn images with more modern color, 3D, and character generation.

The Live Action program presents a diverse range of storytelling in five very different films. The Finnish entry by Selma Vilhunen, “Do I Have to Take Care of Everything?”, uses slapstick humor to follow the desperate attempts of a family trying to attend a wedding after they oversleep. Danish director Anders Walter combines fantasy and realism in “Helium” to tell the story of a hospital janitor named Enzo who helps a terminally ill little boy cope with his fear of dying. Domestic abuse is the subject of “Just Before Losing Everything” by French director Xavier Legrand. In it, a mother, her son, and daughter plan and execute their escape from a threatening father who shows up at the department store where the mother works.

The most gripping of the Live Action shorts is “That Wasn’t Me” by Spanish director Esteban Crespo. This tale begins with two doctors and their driver attempting to pass through a checkpoint guarded by child soldiers in an unnamed African country. After violence wreaks havoc, one of doctors escapes with a child soldier who recounts to a Western audience the story of his forced conscription. In a British entry, “The Voorman Problem,” directed by Mark Gill, a psychiatrist finds himself interviewing a mental hospital patient who believes he is a god. The doctor’s world turns upside down as he deals with this persuasive madman.

The longest of the three shorts programs consists of Documentary films and plays on Friday, Feb. 7. Set in northern New Mexico, Jeffrey Karoff’s “Cavedigger” offers a portrait of Ra Paulette, an eccentric artist who sculpts caves out of sandstone, transforming their interiors into architectural works of art filled with sculpture, furniture, and skylights. In “Facing Fear,” U.S. director Jason Cohen tells the remarkable story of Tim Zaal, a former neo-Nazi skinhead who nearly beat to death a gay man named Matthew Boger. Tim meets his victim 25 years later at the Los Angeles Museum of Tolerance, where Matthew is the manager, and the two discover the power of forgiveness.

“Karama Has No Walls,” a Yemeni, British, and United Arab Emirate film directed by Sara Ishaq, captures the 2011 student uprising at Change Square in Sana’a, Yemen, using actual footage taken on the scene by two videographers. Interviews with the fathers of two slain students are also included. Fifty-three protesters were killed and 1,000 more supporters were injured when pro-government snipers shot at the peaceful demonstrators. Czech pianist Alice Herz Sommer is the subject of the Canadian Oscar nomination, “The Lady in Number 6.” This 109-year-old, ever-optimistic musician is the oldest Holocaust survivor in the world and still plays the piano daily. “Prison Terminal: The Last Days of Private Jack Hall” chronicles the life of an Iowa State Penitentiary prisoner during his dying days.

The variety of subjects and techniques used in the three Oscar-nominated short programs makes them especially entertaining, and provides viewers with an opportunity to predict which shorts will win at the March 2 Oscar ceremony. 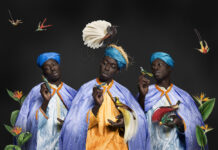 Put it to a vote