When local contractor Luiz Oliveira went to the Tisbury police station to report a saw, a planer, a router, and various hand tools stolen from a job site on Stonegate Road, he already feared the worst. He told police he knew one of his subcontractors, Jaime Botelho, 47, had stolen tools from a job site in the past and had them boxed and shipped to his native country prior to returning to Brazil. He also knew that tools owned by a number of other contractors and the homeowner on the site were missing, and he knew that for the past three weeks, Mr. Botelho had talked about returning to his native Brazil.

As Officer Jeff Day began to investigate, the list of possible missing items began to grow. He talked to Mr. Botelho’s roommate, who said that Mr. Botelho had arrived on the Island about two months ago with nothing. He acquired a moped, then a van, then began bringing tools home to the apartment he rented in Tisbury. He also brought home electronics, including a digital camera, video game consoles, laptop computers, and mobile phones, according to the police report. His former roommate told police that Mr. Botelho took a flight back to Brazil on April 24. Police discovered he took his van off the Island some time before that. Police later discovered Mr. Botelho was not the registered owner of the van, which is registered to an Everett man.

Police contacted more contractors, and the list grew longer. One contractor told police that Mr. Botelho had been buying tools on his account at a local building supply store that were now missing. Another told police Mr. Botelho tried to sell him his work van, but didn’t want to sell any tools because he was going to ship them to Brazil where he said they were worth three times as much as in the United States. That contractor later discovered some of his own expensive power tools missing.

“He was on a mission,” Officer Day said. “He knew that he was going back to Brazil in two months, and he was collecting as much bounty as he could.”

Based on information that Mr. Botelho intended to ship his tools off the Island, police checked local shipping companies. Officer Day said employees at Island Star in Tisbury found an invoice for a 48-inch high cardboard box, ready for shipment to Eugenopolis, Brazil. The invoice listed the weight of the shipment at 410 pounds, and the cost to ship it at $410. It was signed by Mr. Botelho on April 19. The box was still in a West Tisbury warehouse owned by Island Star waiting for shipment.

Police got a search warrant from Edgartown District Court, seized the box, and brought it to the West Tisbury police station. Inside, they found hundreds of tools and electronics, including a table saw, 14 power saws, 4 power drills, power sanders, routers, nail guns, batteries, computer equipment, and hundreds of small tools and parts. Of the 14 items reported stolen by three different contractors, only seven were identified from the contents of the box. That leads police to believe that other job sites were raided, and other stolen tools were already shipped or transported off the Island. Police are following up with Everett police to see if any of the tools might still be in that community.

Out of the hundreds of recovered items, only a few had names painted or etched into them. Among them were Leo, Bryan, the initials JS, and Tileworks. Police are trying to track down the owners.

Police will seek an arrest warrant for Mr. Botelho, and issued summons for a variety of larceny offenses, and receiving stolen property. They are not optimistic about apprehending him, but distributed a picture of him taken from his Facebook page, in case he returns to Martha’s Vineyard for a third time.

According to police, a check of Mr. Bothelo’s court records revealed a list of arrests on Martha’s Vineyard and in Everett dating back to 2005. According to Officer Day, he was arrested four times on the Island from 2005 to 2008. Three of those were for driving offenses, the fourth for assault. He also faced an assault charge in Everett. There are open arrest warrants for Mr. Botelho from the Everett Police Department, and the Middlesex Superior Court. Police records also show he was previously deported because of his criminal record. 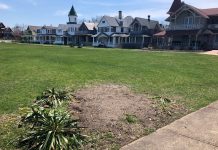