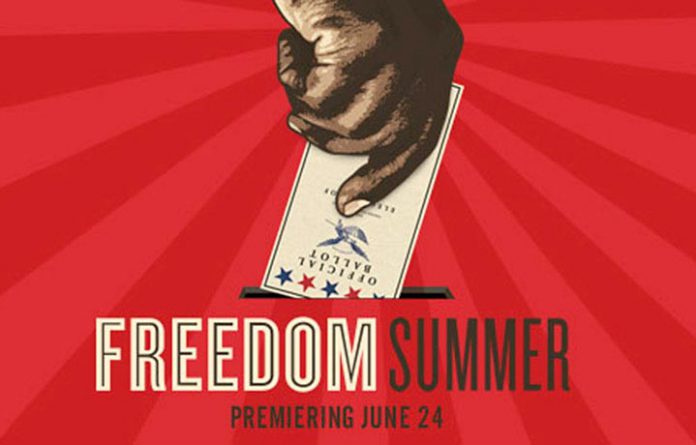 On August 18 at 7:30 pm, documentarian Stanley Nelson, who Islanders may be familiar with for his personal retrospective of Oak Bluffs, “A Place of Our Own,” will be joined at the Tabernacle by PBS journalist Gwen Ifill for a screening and discussion of his motion picture “Freedom Summer.” A Vineyard summer resident, Mr. Nelson was awarded the National Humanities Medal by President Obama in late July.

The film screening is presented by the Martha’s Vineyard Film Festival (TMVFF) and hosted by Harvard professor Henry Louis Gates Jr., with pre-screening music performed by recording artist John Forte of The Fugees.

Through historical footage interspersed with contemporary interviews, Mr. Nelson’s film chronicles the lead up, execution, and aftermath of a significant campaign during the civil rights era called the Mississippi Summer Project.

In 1964, the U.S. south was still infected with many of the same depraved racial attitudes that had helped stoke the Civil War more than a century before. Topping a long list of indignities and injustices regularly inflicted on African-Americans in the region was the systematic suppression of their Constitutional right to vote under the Fifteenth Amendment. Among the southern states, Mississippi distinguished itself as the most staunchly bigoted, and therefore the most unaccommodating, if not oppressive, for African-American voters.

Under the leadership of Robert Paris Moses, regional branches of four civil rights organizations united into an entity called the Council of Federated Organizations and recruited student volunteers from across the nation to travel to Mississippi and help register African-American voters in volume. In many instances those volunteers were greeted with handcuffs. In other instances they encountered the shotguns, truncheons, firebombs, and other tools of terror local African-Americans had been long subjected to. The intimidation of workers for the Mississippi Summer Project reached a crescendo when three of its activists disappeared and were subsequently found under an earthwork dam after a massive Federal search. It was determined they had been shot to death. Several members of the Ku Klux Klan, including a sheriff, were implicated in the crime. The deaths heightened national media attention on Mississippi and helped to further push the momentous issues unfolding there to the forefront of the American conscience.

“This film makes history feel so present, not only because it’s the 50th anniversary of Freedom Summer, but also because it’s a powerful reminder of how a courageous group of people can make positive change in the world. I’d like to think that’s as true today as it was 50 years ago,” said Brian Ditchfield, managing director of TMVFF. “We chose to screen the film at the Tabernacle because it’s in the heart of Stanley’s home town. Also, I think the grandeur of the place should match the energy of the night.”