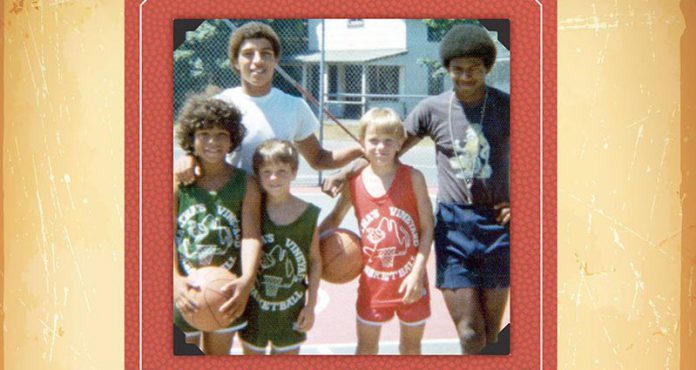 The Island culture and its people have been a fascinating media topic for a long time, dating back to 1851 with the appearance of Tashtego, a Wampanoag harpooner, in Herman Melville’s novel Moby-Dick.

The Island’s sports culture, particularly, has been a hot topic, with coverage from national media over the years. In 2012, Boston author James Sullivan wrote Island Cup, a book about high school football here and on Nantucket.

Nominally, Island Cup is the story about the Thanksgiving Day rivalry between Martha’s Vineyard and Nantucket, but Mr. Sullivan took us deep into the roots of the islands’ cultures, which have given the rivalry its ferocity.

Now comes Bijan C. Bayne, a freelance columnist and critic from Washington, D.C., with a book chronicling basketball and life on the Island. Martha’s Vineyard Basketball: How a Resort League Defied Notions of Race and Class also serves as a coming-of-age memoir. Mr. Bayne is a former streetballer at “the Courts,” the name given to the outdoor courts at Niantic Park in Oak Bluffs.

Mr. Bayne declares an unconditional love for the game in his preface to Martha’s Vineyard Basketball, and proves it with voluminous amounts of research and original interviews with former players, coaches, and celebrities who have graced the Courts.

The current of his narrative flows through the Courts, but also follows a myriad of tangential streams that take the reader on side journeys related to Island sports and life, including insights into the tragedy at Chappaquiddick and the journey of Island athlete Ronnie Brown, first as an Ivy League football star, then moving to a coaching career in Big 10 college football. The narrative weaves connections between politicians, NBA stars Ray Allen and Julius Erving, TV stars, and local athletes and coaches, in a manner that blurs degrees of separation.

His story always returns to the Courts and the men who ran the summer basketball program, mentoring kids of all colors, sizes, and skills. Mr. Bayne credits former Martha’s Vineyard Regional High School coach Jay Schofield, and Bob Jennings of Worcester, who coached and sorted players and teams into appropriate levels of play.

Mr. Bayne describes the work of these men with the creation of the Courts as a mecca, a learning place and sanctuary for Island kids and summer kids. He notes that older players like Johnny Rogers, Rory Moreis, Todd Rebello, and Mr. Brown were groomed as instructors and role models for younger players.

The clarity of recollection four decades later attests to the impression left on players by the Courts. Recreational basketball here has always been a serious, physical sport. Longtime summer league player Kyle Dudley, now assistant basketball coach at Middlebury College, remembers those formative years. He told Mr. Bayne, “It definitely helped me become a better player in terms of attacking the basket. You don’t get many foul calls, so you have to be able to finish with contact, and the [Martha’s Vineyard] Court helped me improve that aspect of my game.”

The author notes that his Island sports experience was an important rite of passage, and that Island culture and community provided him with an expanded view of life and its possibilities: “Another great thing about Oak Bluffs, for me, was the number of black entrepreneurs, professionals, artists, authors, and so forth I was around. Most of my peers didn’t just want to go to college, they knew they were going to college,” he writes. “The only other time I felt black folks were in the ascendancy as much as when I was a kid in Oak Bluffs was visiting Atlanta and my vacations to the Bahamas. It’s a special place,” Mr. Bayne writes.

Martha’s Vineyard Basketball is a folksy read. The reader can hear the story being told. If you are one of the hundred-plus people named in this book, you’re in for a great trip down Memory Lane. If you like an authentic retelling of American life in the 1960s and 1970s, you’ll enjoy this one as well.

Correction: An earlier version of this story incorrectly referred to Mr. Bayne as a resident of Fresno, California. He is a native of Boston and was living in Washington, D.C. when he summered on the Vineyard. Also, Bob Jennings was not a MVRHS coach but did coach and officiate in the summer league.