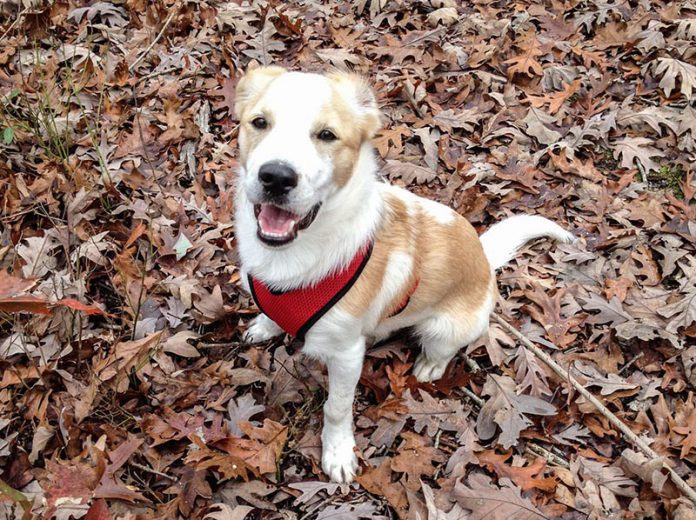 I am having an awful time trying to cut my 7-month-old terrier puppy’s nails. Becham seems to have an innate fear/terror surrounding the defense of his nails. He will not cooperate at all, and goes absolutely nuts if you try to restrain him. For about two months now, a few days a week, I have been trying to expose him gradually to nail-cutting using human food treats. I am now able to hold his paw in my hand and rub his nails while holding out his reward. But the minute I try even to just hold the clippers against the nails, he retracts his paw. What should I do?

Without going into the reasons why dogs are finicky about their feet, suffice it to say lots and lots of dogs will have a full-blown panic attack or try to kill you if you mess with their feet. My little dog MacDuff’s attitude was, “Give me liberty from nail-cutting, or give me death!” Initially, my wife Jaye held him pinned to her chest giving him treats the moment he took a breather from fighting us, while I used a Dremel to grind his nails. I prefer a Dremel because I can’t accidentally cut a quick. Today MacDuff is resigned to having his nails done while munching on treats. So that’s one way of doing it — forcing it humanely. It’s either that, or taking a long time desensitizing him to his feet being handled while his nails keep growing. Or, take him to a groomer or vet, and watch how they do it in five minutes with the vet tech muzzling and holding him while the vet snips. The force method will require two people, one to hold and one to cut or grind. If necessary, a sock or stocking can be used as a muzzle — introduce with high-value treats, people food; wrap around snout and tie behind the ears. If a Dremel is to be used, get him used to the sight and sound of it for a few days before actual usage. Get him to love the Dremel because he gets a piece of chicken every time he sees and hears it. If you’re using a clipper, let him eat chicken and lick peanut butter off it before you use it. Give him a positive association with it. Every dog I’ve done this with accepted the routine quite quickly, as long as you don’t cut the quick. If you lift up and look under the paw, you can see where the quick is, to avoid it.

So initially, when you first start cutting or grinding, just take the tip of the nail off. You can really shorten them when Becham is more relaxed about it. The full desensitization method (no force at all) requires great patience, doing what you’re doing. From his eating steak off the clipper while you’re holding his paw closer and closer to the clipper, see if you can just get to touch a paw or nail with the clipper. Then, when you can touch each nail with the clipper as you feed him liver pâté, cut the tip of just one nail. Then one nail on each foot, and so on. Or, take very, very long walks on cement, and you won’t need to worry about long nails.

I personally hate long nails on dogs, because years ago I experienced my search dog Michelle tearing a nail off her foot on something in the woods during a search for a missing 12-year-old boy.

Got a question for the Dogcharmer? Send it to dogsrshelby@msn.com.