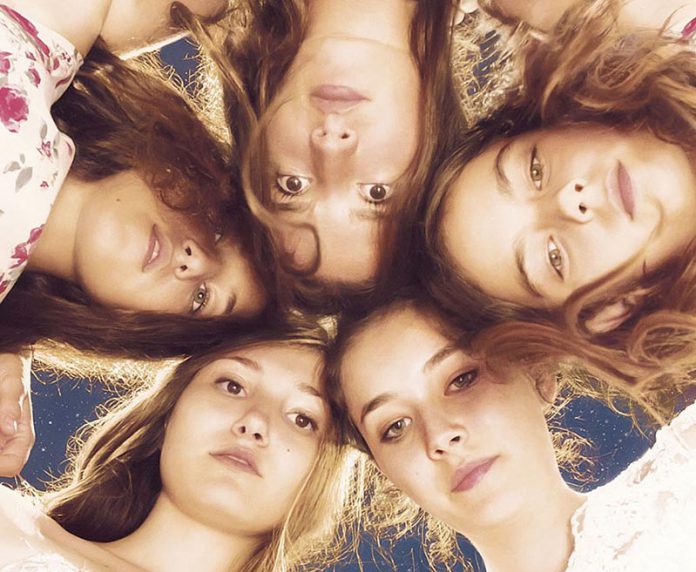 “Mustang,” a delightful Turkish film playing at the Martha’s Vineyard Film Center, plants itself firmly at the crossroads of this nation’s competing traditions. Its five young girls could fit easily into modern Western culture. They use phones, wear makeup, and dress in shorts or revealing bathing suits. But the grandmother (Nihal Koldas) and Uncle Erol (Ayberk Pekcan), who care for these orphans in a remote village on the Black Sea, embrace Muslim values.

The clash between the two generations in “Mustang” begins after the five playfully cavort in the surf with their male schoolmates at the end of the school term. Their innocent game horrifies their caretakers, for whom it’s an obscene violation of female modesty. The trappings of their Western teenage lives are confiscated. The girls are confined to home and taught homemaking skills like cooking, sewing, and window washing instead of going to school. Some of them are subjected to virginity tests. The restrictions on their lives do not sit well with the high-spirited girls, in particular the youngest, Lale (Gunes Sensoy), who narrates much of “Mustang.” The title is a reference to their abundant long hair, frowned on in conservative Turkish society.

Finding ways to rebel, the girls slip out of the house in defiance of the restraints their elders have imposed. After learning about an upcoming soccer match planned for an all-female audience, they hitch a ride with Yasin (Barak Yigit), a sympathetic truck driver. Sonay (Ilayda Akdogan), the eldest, climbs out a window to meet her boyfriend, with whom she has sex.

Meanwhile, the girls’ grandmother fashions dumpy dresses for them that Lale calls “shit-colored.” The elder parades the girls in the village on the pretext of a lemonade treat. Her real motive is to attract suitors who will wed the girls and keep them out of trouble. One by one, prospective bridegrooms show up at the house, and the weddings start. Nasty Uncle Erol, who is secretly molesting one of his charges, gradually turns the house into a prison with bars on the windows. Lale is the most seriously defiant. She tries to walk to Istanbul, hundreds of miles away, to find a favorite teacher who has moved there, and attempts to steal her uncle’s car, wangling driving lessons from Yasin.

Director Deniz Gamze Erguven, who was born in Turkey but grew up in France, has based her first film on experiences from her own life, and provides a rich compendium of the contradictions in Turkish life. She masterfully combines the girls’ occasionally tragic repression with celebrations of their exuberant and sexual vitality. Shots of a tangle of arms and legs and scenes of them sunbathing lovingly illustrate the five’s devotion to one another. The director injects humor and nuance into the girls’ plight. In one example, an aunt who catches a glimpse of the girls at the soccer match they’ve sneaked out to see shuts down the town’s electricity so the men watching on TV can’t see them. “Mustang” has been nominated for a Foreign-Language Film Oscar, and won Golden Globe and Cannes awards. It richly deserves the accolades.

For more information, screening times, and tickets, visit mvfilmsociety.com, or go to the MVTimes event listings.