Akin to the college acceptance process, choosing a National Merit Scholar involves much deliberation. It all begins with the 1.5 million students who elect to take the PSAT exams as sophomores or juniors. Based on an individual state’s selection score index–Massachusetts’ is remarkably high due to higher average scores on the SATs–any student who scores higher than the index number becomes one of 16,000 national semifinalists. The semifinalists then fill out an application with the school principal or designated staff member, essentially being vetted by the NMSC to ensure the semi-finalists are well rounded and hold a strong academic schedule. Each scholar is awarded $2,500.

In Jared’s case, director of guidance Mike McCarthy was the designee, as he had previously helped Jared apply for college programs. Mr. McCarthy said, “In my 18 years working here, no student has been awarded a National Merit Scholarship. This is an extremely prestigious and rare award. This is a huge accomplishment for Jared.”

Jared said, “I was alone in the music room in March when I found out. I was waiting for a Minnesingers rehearsal to begin, and my dad called and told me I got it. We received a letter from NMSC saying that I had received the scholarship. I was absolutely psyched, but again, I was alone in the music room so I didn’t really express it. I’m the first to receive this award at this school in several years. It’s a real honor.”

Principal Peg Regan was also instrumental in the application, as leader of the school. She said, “This is such an honor for our high school to have a finalist. I believe he is our first Scholar–and that’s saying something because we have had some really smart kids in this school.”

Of the 1.5 millions students who were contenders, less than 1 percent become recipients of the National Merit Scholarship.

“My drive to learn has been the most instrumental to my success as a high school student, and I have my dad to thank for that. From my earliest memories, he has instilled in me an interest to understand the world,” said Jared. “He has reminded me every morning since kindergarten not to be afraid to ask questions. He has always supported me in everything I’ve done, even if he didn’t understand it one bit.”

Principal Regan continued, “Jared is so humble and deserving. He loves learning for the sake of learning. He played a large role in overturning the three AP [Advanced Placement] limit put in place and came to me at the beginning of the year to request permission to take more than three without receiving credit for them, simply because he yearned for that depth of knowledge.” 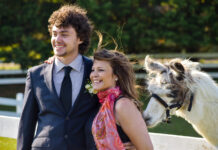 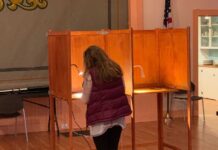 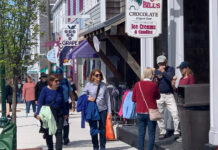