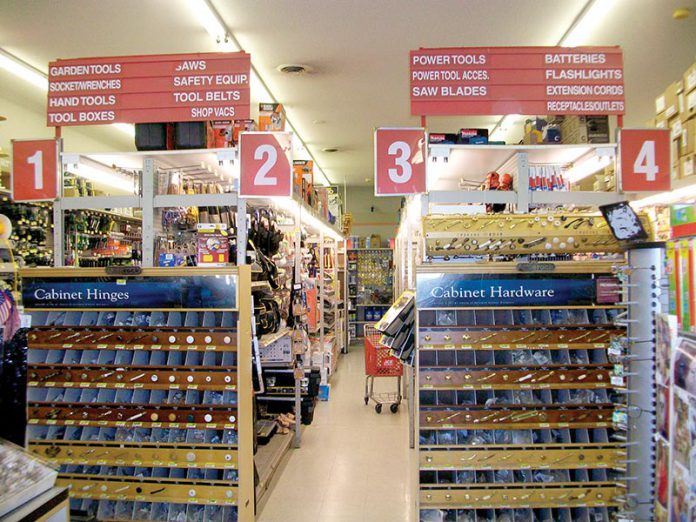 For the past year or so, diminishing inventory at H.N. Hinckley & Sons on Beach Road in Vineyard Haven has led to conjecture about the longterm viability of the store. In a telephone conversation with The Times last week, Joe Cosgrove, recently appointed manager of the hardware department at Hinckley’s, said that all those rumors about the store closing were nothing more than that — just rumors.

Mr. Cosgrove, who has been with Hinkley’s around 20 years and was formerly manager of the tool department, said, “If you haven’t been in the store recently, you’ll see that the shelves are starting to fill up again. We did have some ups and downs over the past year or so … we had some contractors who were really slow in paying … but I think that’s behind us now, things are beginning to get back to normal.”

When asked if Hinkley’s was still affiliated with Ace Hardware, Mr. Cosgrove replied that they had cut ties with the largest retailer-owned hardware cooperative in the world. He said that the relationship with ACE began to deteriorate when ACE had their financial trouble.

In 2007, Ace Hardware Corp. reported that it discovered an approximately $154 million shortfall on its books. Although no wrongdoing was found, the incident led to some frayed relationships with co-op members.