It has become increasingly common for high school students to continue playing off-island in their sport’s post-season. Different coaching perspectives, increased competition, year-round practice, and college exposure are all prevalent factors in a player’s decision to join an off-island team.

Junior Nic Andre first started playing soccer when he was five years old and living in Amsterdam. When he moved to the Vineyard, he played with the kids a year older than him until they went on to high school. It was at that point that Nic ran out of opportunities to advance, which is why he decided in eighth grade to try out for the Football Club Boston Bolts Academy in the Premier Development League.

“I remember I showed up to the last day of tryouts and it was pouring,” said Nic. “I didn’t really think I had a chance, because the roster for the team I was trying out for was basically set. But at the end, this coach asked me for my name, and seemed shocked when I told him I was from Martha’s Vineyard. Then he told me to get my Dad, and they discussed what the commitment would be like, offering me a spot. If it wasn’t for that one coach who spotted me, I would not have a chance at playing college-level soccer like I do now.”

Nic takes either the 3:45 or the 5:00 boat three times a week to practice at either Harvard University or Acton High School. “I usually do my homework or sleep on the car rides to and from practice,” he said. “Staying off-island three nights a week in a hotel and only getting six hours of sleep can be draining, but I don’t know what I would do without soccer. It keeps me organized. And because I don’t have a lot of down time I value my time off a lot more.”

Sophomore Allyse Guyther, along with other sophomores Abby Marchand, Meghan Sonia, and Mackenzie Condon, began traveling off-island on Sundays to play field hockey with the Lead the Way Field Hockey Organization this past fall.

Allyse said, “Lead the Way not only allows me to play field hockey more often, which I love, but I also get to play at a higher level of competition and practice playing on turf, which we don’t have here.”

She also agreed with Nic that the commute can be exhausting. “Traveling to the practices occupies my entire Sunday, because I usually do double sessions in compensation for going every other weekend,” said Allyse. “I do homework on the boat and in the car, since I wouldn’t be able to complete all my work once I get home.” She believes, however, that the time commitment is worth it. “Playing club not only allows me to compete in different showcases and tournaments, but it also allows for my skills to be enriched. Repetition is what separates a good athlete from the best athlete,” she said.

Abby said, “First and foremost, my motivation to try out for the club came from my love for the sport and wanting to play it in college. The different coaches I’ve worked with have given me new perspectives on how to improve, challenging and pushing me to a new level of playing, and have helped me develop the skills that college teams are looking for.”

Sophomore Michael Metcalf plays goalie for the Skipjacks Premier Hockey Club, a tournament team in the United States Premier Hockey League. He said, “I want to continue playing hockey in college and maybe even beyond that. Club sports offer a larger range of scouts and are specifically for trying to get on a college’s radar.”

Addy Hayman, a sophomore, has been playing with Mass Elite Girl’s Lacrosse since sixth grade. She said, “I know I wouldn’t be half the lacrosse player I am if I had never played. I get to be coached by some of the best regional coaches. Being part of a club like Mass Elite, we’re lucky enough to get invited to closed showcases, and those put me in front of the best college coaches in the country. I love playing club because it adheres to college rules of play, which makes me more prepared for the next level and better overall. But the grind never quits. I never quit.” 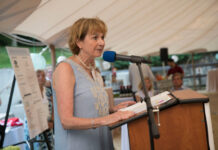 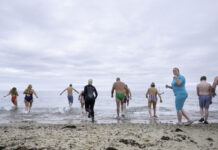 Diving into a new year