Every year The MV Times asks four recent high school graduates to write about their experiences during their first year after graduation. Sophia McCarron graduated from MVRHS this spring, and will be heading to the University of Edinburgh in Edinburgh, Scotland, in September. This is Sophia’s first dispatch.

Someone told me that I shouldn’t bring an umbrella to Edinburgh because while it will rain all the time, the constant wind will make it useless. This little bit of advice plays through my mind in a loop as I lie on the beach and try with desperation to soak up the last few rays of sun before I fly off to Scotland.

When people ask if I’m excited to go off to college, I say yes, and it is true to a certain extent. I think, however, if I actually explained to them what I was feeling about my first year at the University of Edinburgh — like I’m waiting in line for the zipper ride at the fair and I just ate a whole bag of cotton candy and everyone’s screaming like they’re going to die, combined with Christmas morning, combined with how I felt before opening my acceptance letter — they would, rightly, look at me with mild concern. Also, I feel slightly disingenuous saying that I’m simply excited, because I don’t know what I’m excited for. After I get off the train at Waverley Station, my mental picture drops off a cliff. Who will my friends be? How hard are the classes? Will I meet the famous “library cat”? Will the weather prevail and make me mildly damp for all four years? Who knows?

With the two-week mark for pre-departure sitting comfortably in my rearview mirror, I’m beginning to wonder if I should change my status on Facebook to Studies at the University of Edinburgh. I think I’ll push it off a little longer. I’m not ready for this to be Facebook official yet. I want to take my dog on more walks and cuddle my cat more, as if to say, “It’s not you. It’s me.”

In a few short days, I imagine my life taking a path similar to extreme parkour and dropping me off someplace I couldn’t have predicted being. In a way, it’s already done that.

At the beginning of senior year, I assumed that I would be attending college in the States. Instead, I’m going to a school that is older than my country. Founded in 1583, the University of Edinburgh is one of the youngest of the Ancients — seven universities in Scotland, England, and Ireland which were founded before 1600 — think Cambridge, Oxford, and St. Andrews. For all of elementary school and extending into high school, most of my history education began in 1620 with the Mayflower and Plymouth. America is in her infancy compared with this.

I also assumed at the beginning of senior year that I would be sharing a cinderblock dorm with a roommate and a communal bathroom that would become increasingly dubious with my floor. I’d already bought my shower shoes. As luck would have it, Edinburgh doesn’t seem to do roommates or communal bathrooms. I will be living in an apartment with five other roommates. We have our own rooms; there are two bathrooms and a kitchen. As I’m not on a meal plan and expected to cook for myself, stay tuned for the cooking fiascos which I’m sure I will accidentally precipitate.

The thing about the school is, though, that they don’t actually tell you who your roommates are. It’s like some sick surprise party where you walk in and instead of saying, “Surprise! Happy birthday!” it’s “Surprise! I’m going to be living with you for the next nine months!” I don’t know why they won’t tell us, but sometimes I imagine the residence staff cackling in a dark room somewhat similar to “Saw.”

That being said, I don’t think I could have made a better choice for school. The U.K. system requires that you apply directly to a major: In effect, you declare your major when you apply. I chose history and politics, which means that I have four years to specialize in these fields and study them in greater depth than if I declared junior year. Edinburgh is the capital of Scotland, and its parliament is far more open than Congress in the States, meaning I can easily sit and listen to debates. In America I would have to contact my representative to gain access. By being in Scotland I’ll get an outside perspective on the political situation in America and a more detailed view of Brexit.

Since Edinburgh as a city is ancient, there’s so much history when I step outside my apartment. The city’s castle is a 15-minute walk from my classes. The National Museum of Scotland is about the same distance in the opposite direction.

The University of Edinburgh represents a stretch for me. The city is about the size of Boston; however, the undergraduate population at the University is larger than that of Martha’s Vineyard in the winter. I’ll have to do grocery shopping and somehow turn the stuff I get into edible meals. I have the opportunity to study the pre-Renaissance period or the mechanics of Victorian satire. I can hop on a plane and go to Lisbon for the weekend. Who knows if my college experience will be “normal,” but I can’t wait to see where I go with it. 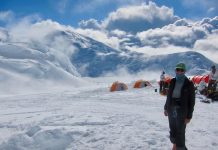 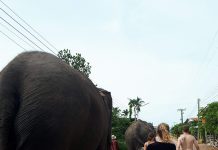 After 18: Herding elephants in Thailand 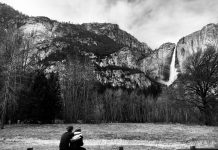