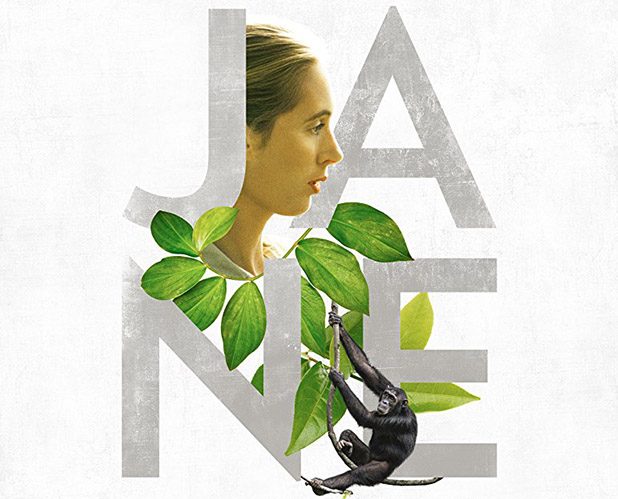 Conservationists, animal lovers, and the rest of us will enjoy “Jane,” the new documentary about chimpanzee researcher Jane Goodall, which opens at the Martha’s Vineyard Film Center this weekend. Continuing to play several more times is the popular International Film Festival entry “The Divine Order,” about the Swiss campaign to win the vote for women in 1971.

Jane Goodall was a 26-year-old secretary with no training or scientific degree when her boss, prominent paleoanthropologist Louis Leakey, picked her to study primates in Gombe, Tanzania. At the time, little was known about chimpanzees in the wilderness. The initial research was to last six months, but it still exists today, and is the longest continuous study of animals in their natural habitat.

The remarkable National Geographic film “Jane” came about when 140 hours of film of Goodall working in Gombe were rediscovered in 2014. Most of the footage was shot in the 1960s by the Dutch nature photographer Hugo van Lawick, and had not been previously viewed publicly.

Writer and director Brett Morgen begins with Goodall’s early life and her obsession with Africa. Her experiences with chimpanzees follow, as well as the insights she gathered in her research and her efforts to educate the public about primates. Morgen includes recent interviews with Goodall, now 83 years old, and voiceover commentary from her books.

Initially, the chimps she was planning to study ran away from her, but the film shows how she gradually earned their trust. Examining their lives in detail, Goodall demonstrated that the chimpanzees were thinking and reasoning creatures, concepts applied only to humans at the time. The breakthrough came when she watched David Greybeard, the chimp community’s elder, use a stick as a tool to dig up ants. The more Goodall learned, the more she saw how much we have in common with these primates.

Reports about her findings initially reflected prevailing attitudes toward women, dismissing her as an attractive blonde “girl scientist.” It was not considered safe for her to work alone, so as a companion she picked her mother, who matched Goodall’s initiative by setting up a clinic for natives. Over time, Goodall’s work revolutionized primate theory.

National Geographic funding in 1962 required that a photographer document Goodall’s findings, and Van Lawick joined Goodall and her mother. At first resented by Goodall as an intrusion, Van Lawick eventually became her husband, although long separations led to divorce. After their son Grub was born, Goodall’s experience of motherhood enriched her understanding of chimp society.

Morgen has put together a compelling film, enhanced by Philip Glass’s score. Unlike many documentaries, “Jane” doesn’t rely simply on talking-head interviews and commentary from others. Instead, it unfolds in a narrative about both Goodall and the chimps she befriended and gave names to. It is fascinating, educational, and entertaining.

Also playing this weekend is the fiction film “Divine Order,” which narrates the story of another type of sexism. It was selected as the Swiss entry to the Oscars. While the 19th Amendment brought suffrage to American women in 1920, it didn’t arrive in Switzerland until 1971.

Nora is a Swiss housewife who increasingly resents the so-called “divine order” of male dominance, and she organizes a campaign for suffrage in a small Swiss village. She suffers ridicule from the audience at an informational meeting about the vote, but it doesn’t faze her.

Eventually, she initiates a boycott much like the one in Aristophanes’ famous comedy “Lysistrata.” Viewers who lived through the 1970s will enjoy watching the comic kind of consciousness-raising of the time, which included “self-examination.” It’s not too far a stretch to see the film’s parallel to today’s turmoil over sexual harassment.

For information about these and other M.V. Film Center and Capawock films, see mv film society.com.