A bridge built to provide access to Squibnocket Farm subdivision could open as early as Tuesday, March 13.

Mark Haley, senior vice president of Haley and Aldrich, the engineers of the bridge, told The Times Monday that a “soft opening” was slated for “today or tomorrow,” but because of the damage a weekend nor’easter caused to the roadway and revetment, the bridge may be used immediately to give Squibnocket Farm residents safe passage. Work on Chilmark’s beach project was slated to begin Monday, March 5, he said.

Reached on Tuesday, John Keene, Chilmark’s contractor for its beach project, and a subcontractor on the bridge project, said he intended to begin work Monday but held off because residual storm waves were still washing over the Squibnocket Beach parking lot. Keene expects to start next Tuesday. At that time, Keene said, he will remove the Jersey barriers at either end of the bridge, opening it up for test crossings.

Last Monday Eversource put in a pole per its recent grant by from the town, he said. An alternate plan to send transmission wires underground presented “too many loose ends” to be put in place, he said, even though it was given serious consideration.

“We had Eversource lined up to do one or the other,” Haley said. Haley expects the Eversource transmission line will be spliced to new wiring along the bridge this week, restoring Squibnocket Farm’s power connection.

Strength-wise, Haley said, the bridge was designed to safely handle Chilmark’s big fire tanker — the Island’s largest, which grosses 54,000 pounds with a full load of water. However, the bridge cannot safely withstand a fully-loaded cement truck, he said. Haley estimated such a truck would weigh 100,000 pounds.

The completion of the bridge comes at an opportune time, Haley said, given the damaging weather. The revetment that long doubled as a causeway for Squibnocket Farm residents collapsed at several points along its length during the storm, he said: “It was time.”

The Massachusetts Building Code Appeals Board has dismissed an appeal made by Squibnocket “causeway/bridge” opponents Doug Liman and David Stork on the grounds they have no standing to be “aggrieved” under relevant law. Liman and Stork, as they did at the chilmark zoning board of appeals, argued the bridge to Squibnocket Farm never received a building permit for construction.

At a Jan. 18 hearing in Milford, Dan Larkosh represented Liman and Stork before the board. Chilmark was represented by Ron Rappaport, and Squibnocket Farm was represented by Richard Batchelder. After listening to the lawyers’ arguments, the board said it would require time to review the exhibits and to consult with counsel before ruling.

On Feb. 28, the board issued a 10-page decision dismissing the appeal. The board found that arguments made on behalf of appellants Liman and Stork about the bridge causing damage to scenic views, infringing privacy with the glow of headlights, or depressing real estate values were moot because they are issues not regulated by the board.

The board specifically undermined arguments that the bridge would impair Stork’s kayaking on Squibnocket Pond and his portage of kayaks beneath the bridge to the Atlantic by stating it does not regulate issues of land access. It added that it appeared Stork would need to trespass in order to effect portage.

The board cited a section of the state building code that addresses stability, structural strength, and “safety to firefighters and emergency responders during emergency operations,” among other subjects, as the law governing the bridge — law, the board concluded, the appellants failed to show had been broken.

In recounting appellant testimony from the hearing, the board wrote that the deck off Stork’s house is apparently 300 feet from the bridge, and while Liman’s land is also apparently 300 feet from the bridge, his house is apparently 900 feet away. (Rappaport argued it’s 1,000 feet away.) Neither of their properties abuts the land beneath the bridge, and neither of them are stakeholders in the bridge and “would not use the bridge because it is privately owned,” the board found. Not being abutters, owners, or users gutted the claim they were “aggrieved” under the law, the board concluded.

In sum total, the board said as far as Liman and Stork are concerned, it was irrelevant under the law whether the building inspector opted to issue a building permit for the bridge because Liman and Stork have no interest in the bridge and provided no evidence of technical faults with it.

Liman and Stork have 30 days to appeal the ruling. Larkosh could not immediately be reached for comment on his clients’ intentions. 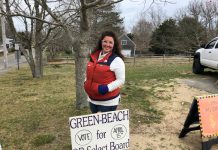 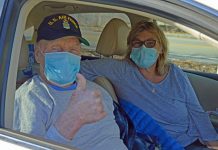