On Thursday, April 26, 2018, Kenneth Christian Saaba Garde died, following a long and valiant battle with congestive heart failure. To the end, he remained upbeat, with a fighter’s spirit. Defying the odds, he made it home for his final hours, as was his wish; he was surrounded by his family as he left this earth to live in his eternal home in heaven. 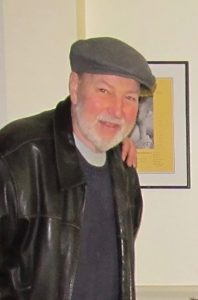 Ken was born in Brooklyn, N.Y., and grew up in Bridgeport, Conn. After high school he traveled the country for several years working as a roadie for a number of bands including Taj Mahal, James Taylor, Judy Collins, and the Allman Brothers. He also worked as a lighting technician at the Woodstock festival. Ken’s adventurous spirit led him to take what was planned as a day trip to Martha’s Vineyard, where he found himself stranded on the Island when he showed up to the ferry at night, only to learn that the boats didn’t run at that hour. A day trip turned to a weekend, which began a 40-year love affair with a special place he would come to consider his home.

In the 1970s, he managed Cranberry Acres Campground, and it was there that he met his wife, Nina. After his years at the campgrounds, Ken and his brother Brian opened the Spaghetti Pot in 1978, a restaurant that was known for its excellence in homemade eggplant parmigiana as well as strombolis and calzones. Ken later developed Caretaker Home Services, a property management company, which he and his family ran until this past year.

Ken was very proud to be an active member of the Island community, serving for 20 years on the Tisbury board of health, working for the D.P.W., and participating in a variety of projects for the town. One of his greatest joys was coaching Little League and youth Basketball. Even as his health declined, he never missed an opportunity to coach or mentor, most recently forming bonds while giving basketball and landscaping tips to his young neighbors. One of them was so influenced by him that he wrote about Ken’s advice in a school paper. In addition to his passion for coaching and community service, Ken also loved to cook and celebrate his Danish heritage by inviting his friends and family into his home to share in a traditional Danish meal.

Ken is survived by his wife of 37 years, Nina, and their four children, Rebecca Hebert, Kaleb Garde, Hannah Garde, and Daniel Garde; his grandchildren, Evalyn, Brycen, and Oliver; son-in-law Christian Hebert; beloved sister-in-law Lisa Barlow; brothers-in-law Bob Barlow and Ed Tamulionis; nephews Adam and Jared Garde; nieces Lexi and Andrea Barlow; as well as many ‘adopted’ children who often gathered in the family’s home. He was predeceased by his father and mother, Erik and Elizabeth Garde, and his brothers Arne and Brian.

The family will be holding visiting hours from 4 to 6 pm on Thursday, May 3, at the Shepherd Funeral Home in Kingston, with a brief service to follow. A memorial service will be held at 9:30 am on Saturday, May 19, at Chapman, Cole and Gleason, 56 Edgartown–Vineyard Haven Rd., Oak Bluffs, with a celebration of life to follow at the P.A. Club, 137 Vineyard Ave., Oak Bluffs. Please bring a dish to share.

In lieu of flowers, please make a donation in Ken’s name to the Jimmy Fund or the American Heart Association.