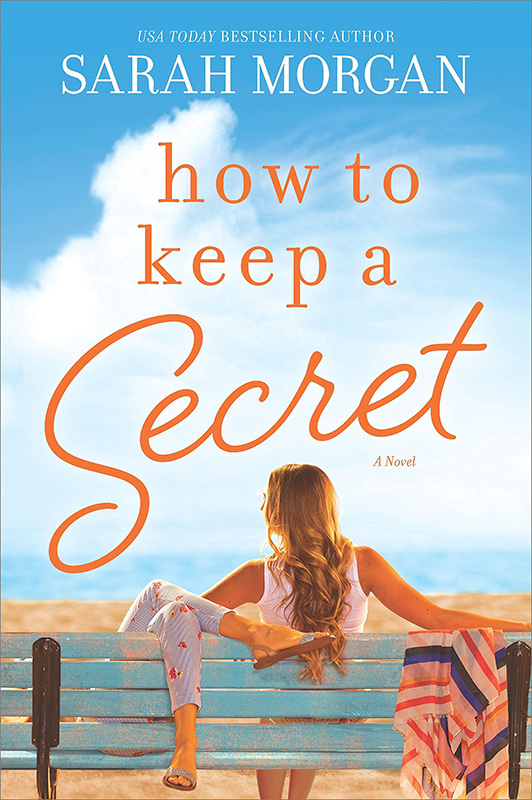 Every family has its secrets — but some families have more than others. The title of Sarah Morgan’s newest book, “How to Keep a Secret,” is somewhat oxymoronic, because the story’s plot is driven by everyone revealing their secrets.

Morgan starts with an unknown secret in the prologue, when we are introduced to two of the main characters, sisters Lauren and Jenna, during their childhood as they run wildly away from something they’ve seen that they make a pact to never tell anyone. We don’t know yet what the sisters saw, but the dialogue piques your interest:

“I hate keeping secrets. It’s a small secret, that’s all. You can keep a small secret … We both knew that this was a lot bigger than the other secrets we kept. This wasn’t sneaking out after dark to play on the beach … What we’d seen felt like a weight crushing me. Deep down I knew we should tell, but if we told, everything would change. We’d left our childhood back at that window and there was no going back.”

The rest of the book takes place in the present with Lauren and her husband Ed and their volatile teenage daughter Mack; and Jenna and her husband desperately trying to get pregnant. Lauren, a heretofore successful type A personality, controls her life minute to minute, but it explodes when Ed is killed in a car crash the night of her big birthday party for him. Before we even learn that he kept secret the family’s dire financial situation, Mack throws a curveball no one sees coming at Ed’s memorial, boldly announcing that he wasn’t her father — a fact no one present knew, including Jenna, who couldn’t believe this is something her sister had never shared with her.

The novel unfolds in layered chapters alternating Lauren’s, Jenna’s, and Mack’s, and later the sisters’ mother Nancy’s, voice. Lauren returns home to Martha’s Vineyard with Mack during the summer to, with the help of her sister and mother, knit a new life together for her and her daughter. Those plans are derailed the moment Lauren steps off the ferry when she sees her old true love Scott standing with her mother waiting to greet them. Lauren promptly faints, instantly indicating the central role he is to play in the plot. Scott, who is and isn’t a savior, immediately scoops Lauren up and carries her back to her mother’s house, much to the shock and horror of Lauren when she comes to and finds herself too close to her former lover for comfort.

The Captain’s House, where Nancy lives and generations before her have lived, plays its own role in the book. Morgan describes the well-worn home and the Vineyard itself in vivid detail: “The sun was hot and the streets were noticeably busier. The island smelled of summer. The thick scent of colorful blooms mingled with the smell of sunscreen. Summer on the Vineyard meant the shrieks of happy children, strawberries piled like jewels in the farmer’s market, the slow drip of ice cream melting in the heat.”

Theoretically, stocked full of secrets revealed, the book should be a good read. However, none dramatically impact the story enough to make it compelling. Also, the series of exposed secrets should make for interesting dialogue and realizations, but the book never gains enough traction to make it fully engaging. The characters pretty much remain the same, with the exception of Mack, who sounds so much like a typical despairing teenager trying to make sense of her world that it might make parents either squeamish or laugh in recognition. Mack is terse, sarcastic, overly dramatic, and miserable. A typical teenager in rebellion times 10. She’s got multiple trust issues, is ostracized at her new school, and both hates and loves her mother and Ed, whom she can’t even tell how angry she is that they never told her he wasn’t her dad, because he’s dead.

Likewise, you can predict from the start that all problems and tensions will resolve, and the curtain will close on a sunny note. A few nor’easters would have made “How to Keep a Secret” more absorbing, and the perfect beach read. But if you want an easy summer book about three generations of women who confront their past and ultimately come together as a family to support one another, then the novel is for you.

“How to Keep a Secret,” by Sarah Morgan, 438 pages, HQN Books, $15.99 at Bunch of Grapes bookstore in Vineyard Haven and online after its July release.

Yoga, quilting, and writing at the library