We just got an 8-week-old hound mix puppy named Otis. What are your puppy tips for a young family? And what are your tips for socializing him?

Congrats on your new four-legged adopted pup, Otis. And thank you for adopting! I’ve said it before, but it definitely applies here: “It’s amazing how much of my life revolves around feces and urine.” Even if Otis does your kid’s homework and loads the dishwasher, if he continues to poop and pee in the house, IT’S NO GOOD. Dogs don’t like to make where they eat and sleep; it’s called “den instinct.”

Start with a crate just large enough to allow him to stretch out (his den). One or two of his three meals a day is placed in there as you teach him to love his den with treats, and praise every time he goes in. It’s never used as a confinement punishment. The basic rule of thumb is “months plus one.” If he’s 2 months old, he should be able to hold for three hours, except at night when he’s likely to be able to hold an extra hour or two because he’s sleeping (not stimulated). If he pees or defecates and lies in it and doesn’t care, well, that’s where the expression “dirty dog” comes from.

The goal is to expand his den from the crate to the room the crate is in, to the whole house. Hannah, you’re going to be the candy (treat) girl. Bring Otis to the same general area where you want him to relieve himself. As soon as it finishes coming out of his body, praise and offer a treat. Initially, you want him conditioned to know that whenever he makes outdoors he gets a treat. Getting a dog to make where you want him to make is the easy part. The harder part is getting him NOT to make where you don’t want.

So when he’s not in the crate, he must be confined with you. An eight-paneled metal exercise pen (X-pen) makes it easy. If Otis is chewing on a toy and all of a sudden starts sniffing, he’s probably looking for the right spot to relieve himself. Scoop him up saying, “You wanna go out?” and go. (Don’t forget the treat!) If you can’t watch him, he’s in the crate, period. Mistakes are to be cleaned with a real odor neutralizer, as dogs are very attracted to make where they smell it. If he keeps having an accident in the same spot, feed one of his meals on that spot to incorporate it as an eating area instead of a toilet, just as you don’t have meals in your bathroom.

As for socializing, start immediately, but keep in mind that his immune system isn’t fully developed until his last shots, at about 4 months of age. If you take him into town, he’s in your arms, not walking, until his last shots. Dog introductions can take place on your or a friend’s property with healthy dogs. I’d also suggest that you call him to come multiple times a day when he’s not in the crate, giving him a treat most of the times when he arrives, conditioning him to come when called. Keep in mind, he’s a baby, but at about 5 months he goes from puppy to young punk, so don’t hesitate to keep in touch. Best of luck, and once again, congrats on your new four-legged family member. 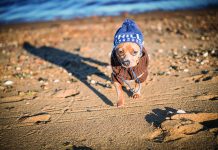 Dogcharmer: Welcome to the family 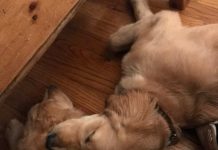 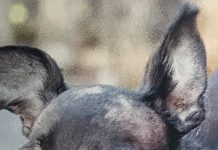